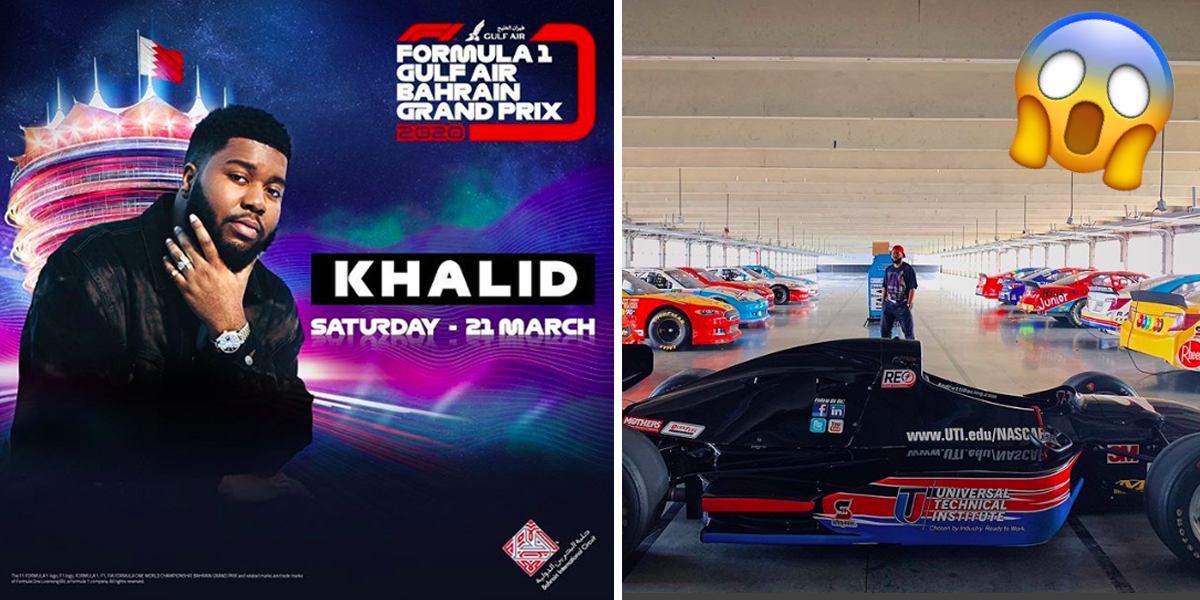 It was announced today that global sensation and singer/songwriter Khalid will be closing out the show at the Formula 1 race weekend.

Grammy-nominated Khalid will be the third performer and the final artist announced to headline the F1 Bahrain Grand Prix racing weekend at the Bahrain International Circuit.

Khalid will be taking the stage on the same night as DJs Afrojack and Don Diablo on Saturday, March 21st at the BIC in Sakhir. The Formula 1 race weekend is happening from March 19 to March 22.

“I have no doubt that fans are as excited as we are to be welcoming Khalid to Bahrain for his regional debut. Saturday night of the race weekend is definitely going to be one to remember,” says BIC Chief Executive Shaikh Salman bin Isa Al Khalifa.

Purchase your tickets to the Formula 1 weekend in which the show is a part of at no extra cost.