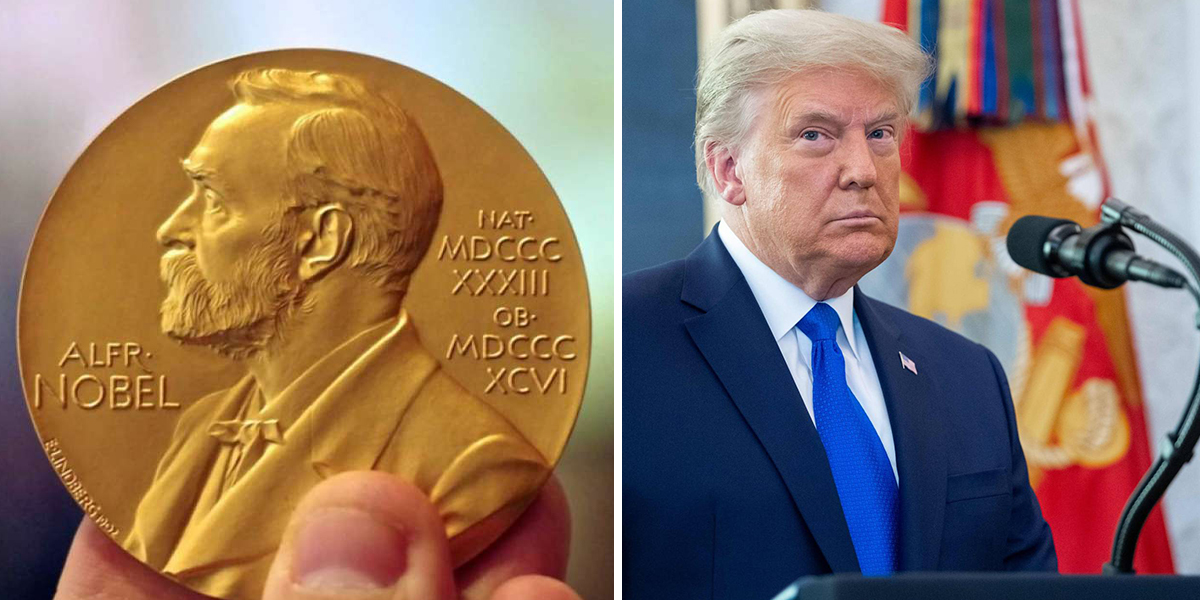 Probably the biggest prize anyone can ever receive

The Norwegian Nobel committee announced yesterday that there are 329 nominees for the Nobel Peace Prize in 2021 – 234 individuals and 95 organizations. The nominations can be submitted by a whole lot of people, including heads of state and government, university professors, and past winners.

The committee doesn’t announce the nominees itself, but those doing the nominating can announce the names put forward, to raise awareness for their nominees.

Last year, the world food program received the honor and the 1.1 million dollar cash prize that comes with it

Amongst the loooooong list of candidates this year is former US President, Donald Trump! The list also includes The World Health Organization and teenage Swedish environmental activist, Greta Thunberg.

Thunberg and Trump famously have some beef, where they exchanged many social media disses in the past… Thunberg even posted a picture of Trump on his final day in office with the caption:

He seems like a very happy old man looking forward to a bright and wonderful future. So nice to see!

The committee will come to a decision in October of this year and the award will be presented on December 10th.

READ MORE:
This Vincent Van Gogh Painting Is Going On Display For The First Time Ever

READ MORE:
Boris Johnson Said Lockdown Will Be Over On June 21st & Twitter Is Going Crazy