The young billionaire loves a good neat display of products. Take the layout for her Kylie pop-up store for example, or this Champagne vending machine at her office headquarters that was featured in the now-famous Official Office Tour video on her Youtube page which went viral for her “Rise & Shine” moment.

Kylie has been inspired by the idea of selling make-up in vending machines for a while and even teased it during the Forbes July 2018 cover feature where she tells her staff during a meeting “You guys, imagine this, but all in lip kits, I think it needs to be a clear vending machine where you see all the colors.”

The vending machines appear to sell lip kits and pressed powder kits from her make-up brand Kylie Cosmetics. Kylie Jenner captioned the announcement post on Instagram saying “this makes me so happy I just launched my first ever @kyliecosmetics vending machines at McCarran International Airport in Las Vegas!! We are in Terminal D by gate D17 and International Terminal E by gate E9! #KylieCosmetics“

What do you think? Do you wish we had one of these at Bahrain International Airport? 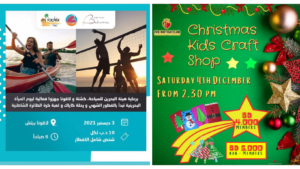