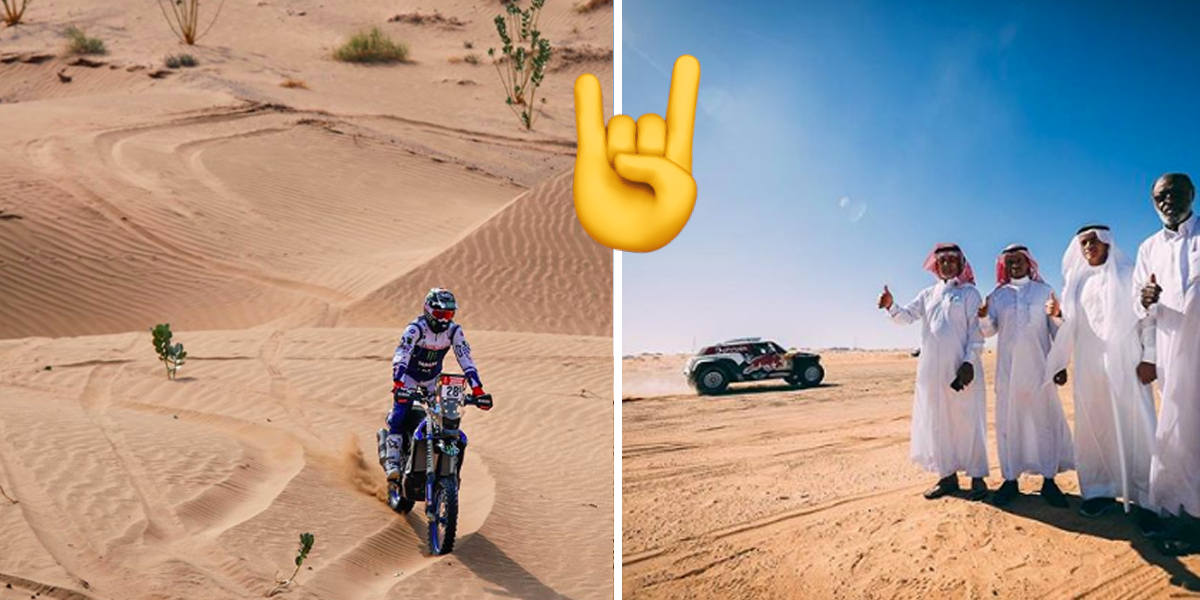 The biggest rally-raid in the world is happening in Saudi Arabia right now.

The Dakar rally is an epic extreme racing event that started in 1971 around various parts of the world and this year in Saudi Arabia.

Men and women from all over participate in the adventurous rally every year and now they get to drive on Saudi terrains and deserts riding in cars, bikes, trucks, and quads.

The competitions span for 13 days and consist of 12 stages, where each stage is a different destination. The route starts in Jeddah, heads to Al Wajh, Neom, Al Ula among others on the route and reaches to Qiddiyah on the last day, facing a total of 7,500 km, including 5,000 km of specials, five of them longer than 450 km.

The Dakar will end in Qiddiya, Saudi’s entertainment complex that’s set to open in 2023 and will be twice the size of Orlando’s Disney World.