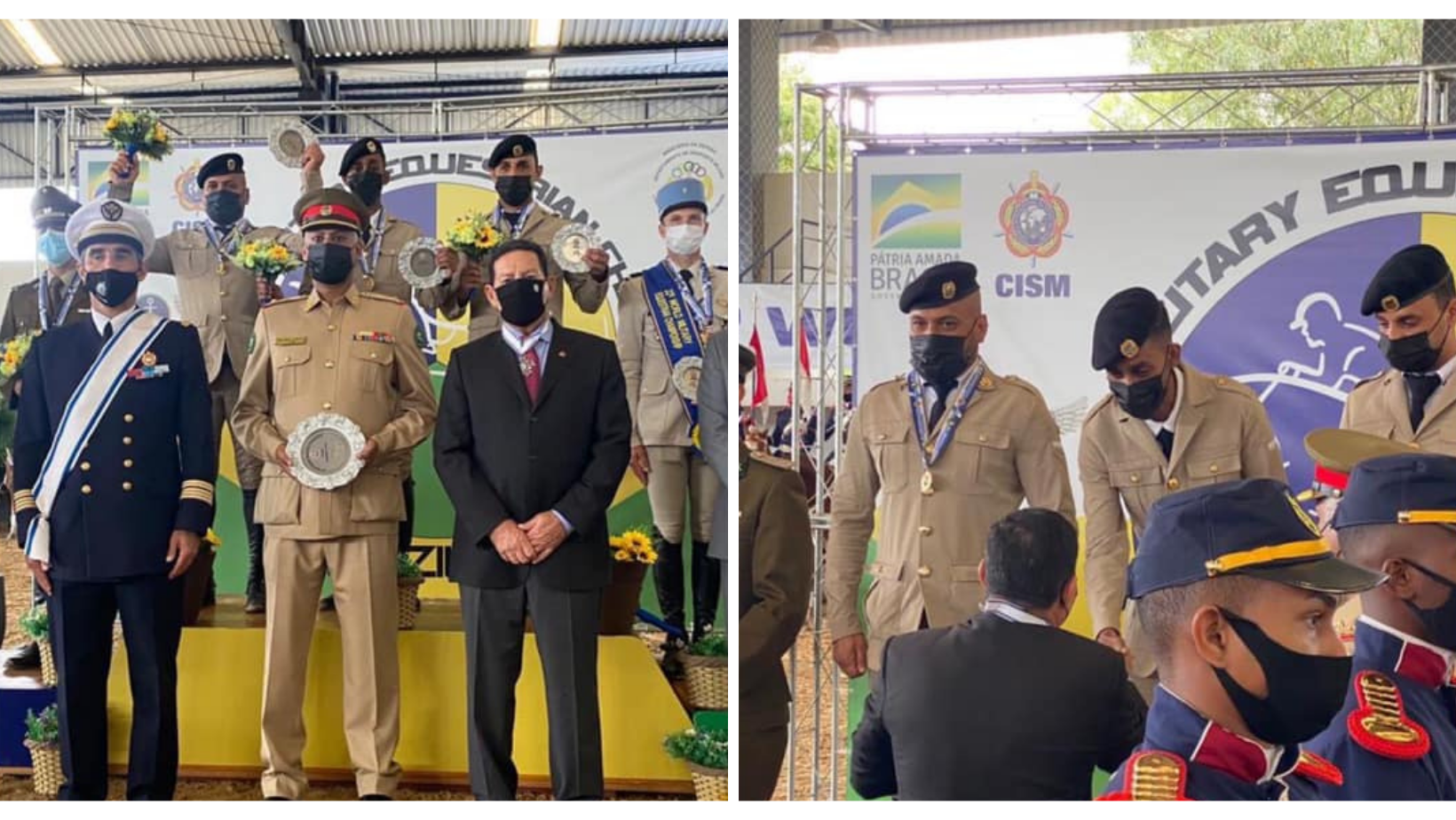 Our team, consisting of riders Basil al Dosari, Saber Salman, and Ahmed Mansour, won first place and the gold medal with all merit to raise the country’s flag high at the world military horse jumping championships held in Rio de Janeiro, Brazil from 14 to 17 October. H. E. Field Marshal Shaikh Khalifa bin Ahmed Al Khalifa, commander-in-chief of the Bahrain Defence Force, said that the achievement of the military team in the first place in the world championship is a result of the enthusiastic support of His Majesty The King and His Majesty’s support for the sports movement in general and military sports in particular.

H. E. The commander-in-chief of the Bahrain Defence Force (BDF) also pointed out that under the directives of His Royal Highness Prince Sheikh Salman bin Hamad Al Khalifa, Crown Prince, Deputy Supreme Commander and prime minister, and through various military sports achievements, Bahrain has been able to assert its distinguished position on the global military sports scene.

The military team excelled in this tournament by winning the first place award over the competing teams from Brazil, Ecuador, France, Chile, Kuwait, and Paraguay. The Bahraini delegation at the tournament was led by Lieutenant Colonel Hamad Al-Katami and administrative officer Hamad Al-Shamma.

READ MORE:
This Bahrain Based Brand Just Dropped Its New Collection and You Need to Check Them Out

READ MORE:
Bahraini Citizens Can Now Travel to Spain Without Getting Vaccinated

READ MORE:
Keep Your Costumes Ready Cause Here Are 9 Halloween Parties for Kids in Bahrain