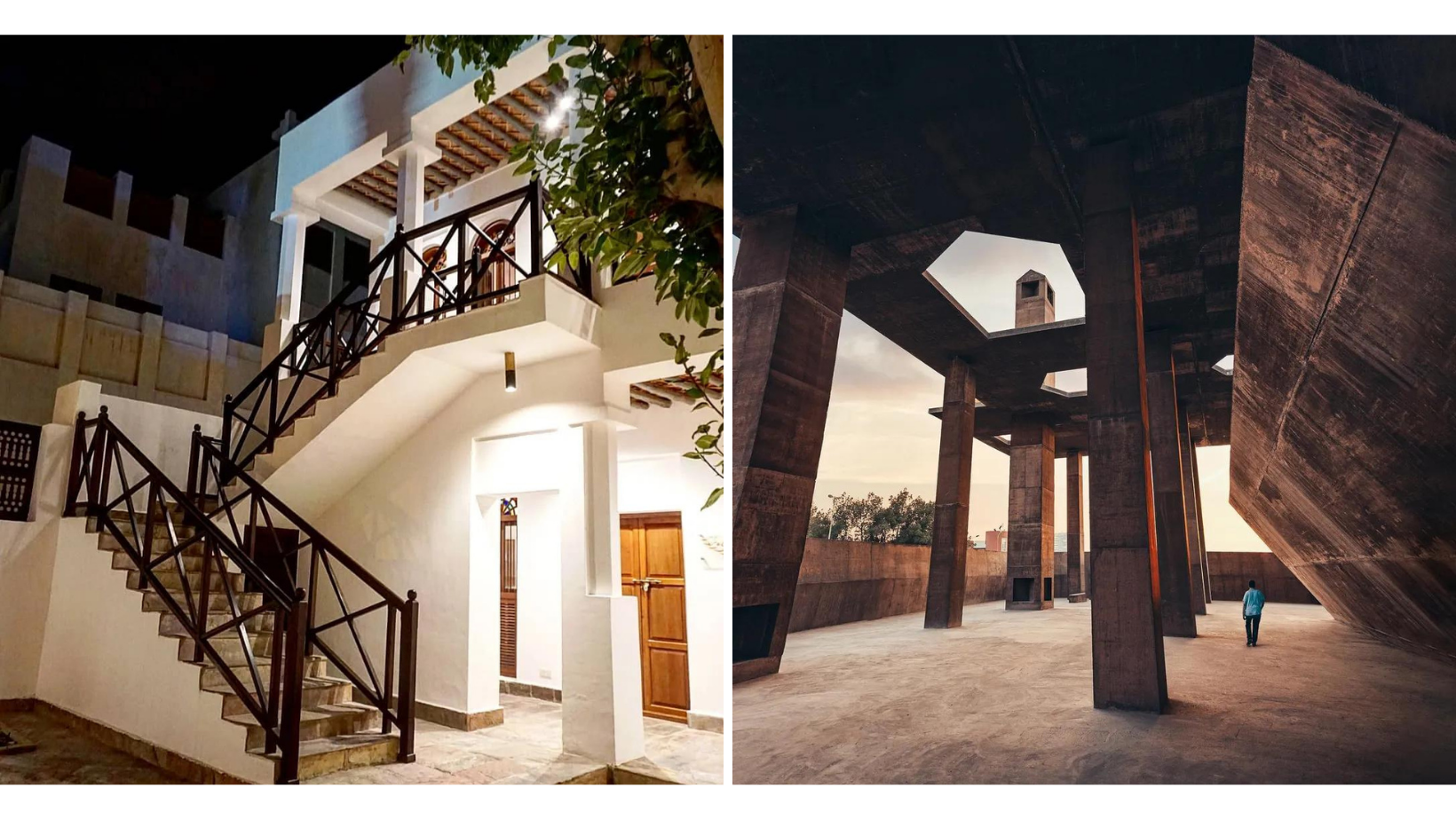 Muharraq was once the capital of Bahrain. It is now a beautiful historic area to explore where many traditional sites are preserved so we can see what life was like in the 19th century and more. Learn about the pearling era, the traditions, and architecture through these spots in Muharraq!

This is one of the oldest running souqs in Bahrain, definitely put this spot on your bucket list for authentic traditional spots on the island to experience the heritage and city’s history through the old markets that sell sweets, spices, jewelry, coffee, and the famous homemade halwa!

A 2-mile stretch that’s a UNESCO World Heritage since 2012, it is a story of the pearling history and cultural tradition in Bahrain consisting of architecture, historical buildings, traditional houses, and seashore sites that tell of Bahraini cultural identity.

The first public library in Bahrain was set up in 1945 by HH Shaikh Abdulla bin Khalif AlKhalifa. It was later renovated to the architectural structure seen today, which is very aesthetically pleasing. It is open to the public and you’ll find a reading room, a research center, office spaces, and local and international books.

A 19th-century residence of a well-known pearl merchant Abdullah bin Isa Siyadi, and is a UNESCO World Heritage site since 2012. The architecture has detailed carvings and craftsmanship that would delight any history buff. Check it out to learn more about the pearling era that dominated the economy and heritage of Bahrain and to see how wealthy families of pearl merchants lived.
Note: Temporarily closed for renovation

Constructed around 1800 and was the beautiful house of Sheikh Isa bin Ali Al Khalifa. Check it out to learn about royal life and architectural intelligence in the 19th century.
Note: Temporarily closed for renovation

Formed in the 19th century and is older than Muharraq souq where it is located! It is part of the Pearling Path. The souq is very unique and should be visited to get to know how Bahrain operated over a hundred years ago.

Opened in 2002 as a modern reconstruction of the original majlis of Shaikh Ebrahim bin Mohammed Al Khalifa who lived in the 19th century and was known for his love and passion in education, culture, philosophy, and arts and hosted leading figures from around the world at his majlis to open dialogues.

This museum opened in 2007 to preserve the traditional Bahraini art of Kurar embroidery at the Shaikh Ebrahim Center. Learn about the ancient and traditional form of gold thread weaving into clothes through the area by walking through a workshop, gallery, a seating area, and witness the women carrying on the Kurar craft.

READ MORE:
It’s Summertime and Here Are Some Public Beaches in Bahrain You Could Hit This Season

READ MORE:
If You’re in the Mood for European Flavors, Check Out This New Pop-up Concept in Bahrain

READ MORE:
You Can Now Learn Some Traditional Handicrafts With These Workshops in Bahrain