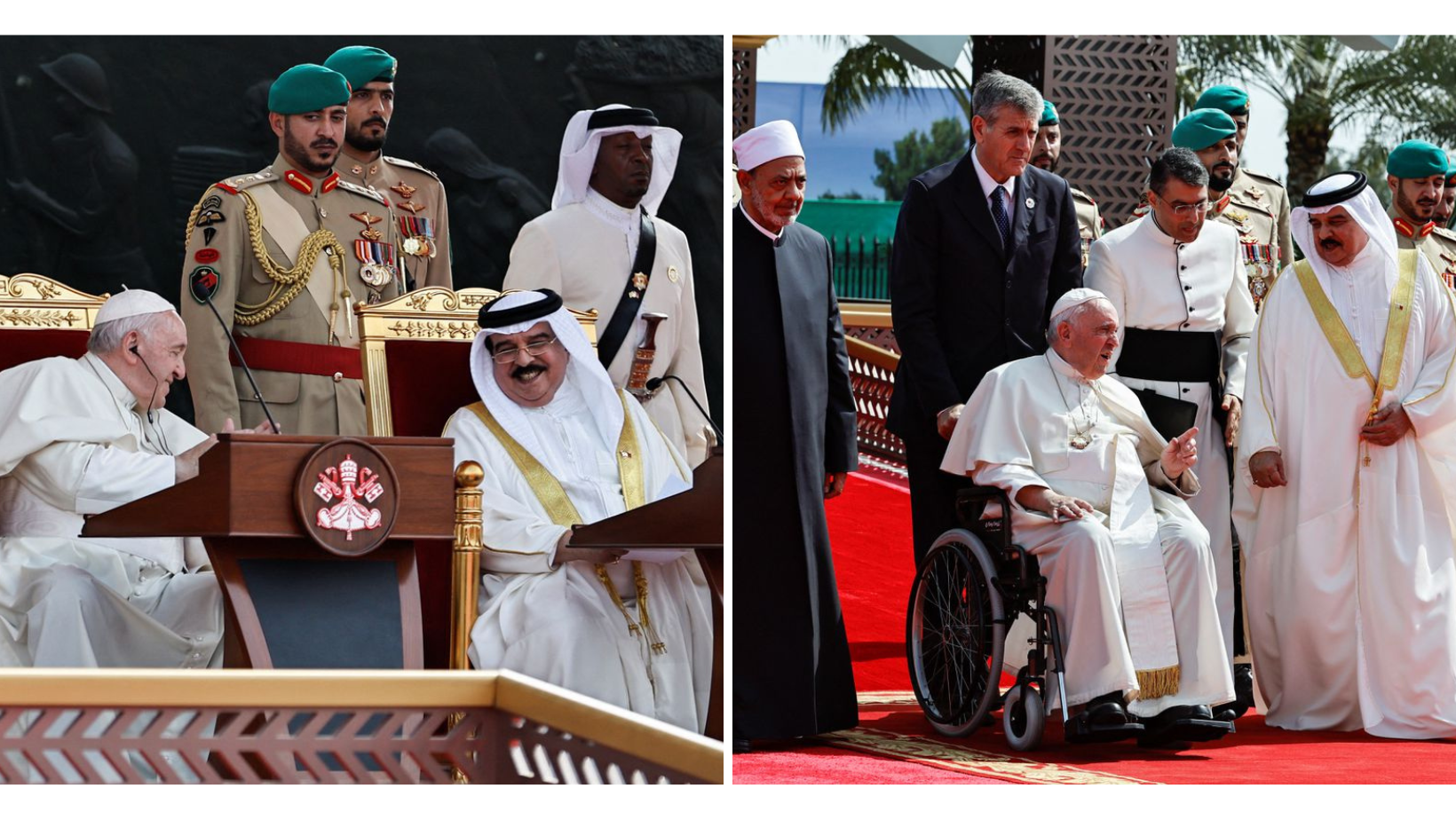 Pope Francis arrived in Bahrain yesterday on an official invitation by HM King Hamad bin Isa Al Khalifa. Pope Francis began the second day of his 4-day visit to Bahrain by giving the closing speech at Bahrain Dialogue Forum: East and West for Human Coexistence” in its first session held at the Memorial Square.

Pope Francis addressed 200 inter-faith leaders and government officials including The Grand Imam of Al Azhar. In a speech Pope said:
“On the stormy sea of conflicts, let us keep before our eyes the Document on Human Fraternity for World Peace and Living Together, which calls for a fruitful encounter between West and East”

“We are here, as men and women who believe in God and in our brothers and sisters, to reject isolated thinking, the approach to reality that overlooks the great sea of humanity by concentrating only on its own narrow currents.

“We want the divergences between East and West to be settled for the good of all, without distracting attention from another divergence that is constantly and dramatically increasing: the gap between the North and the South of the world.”