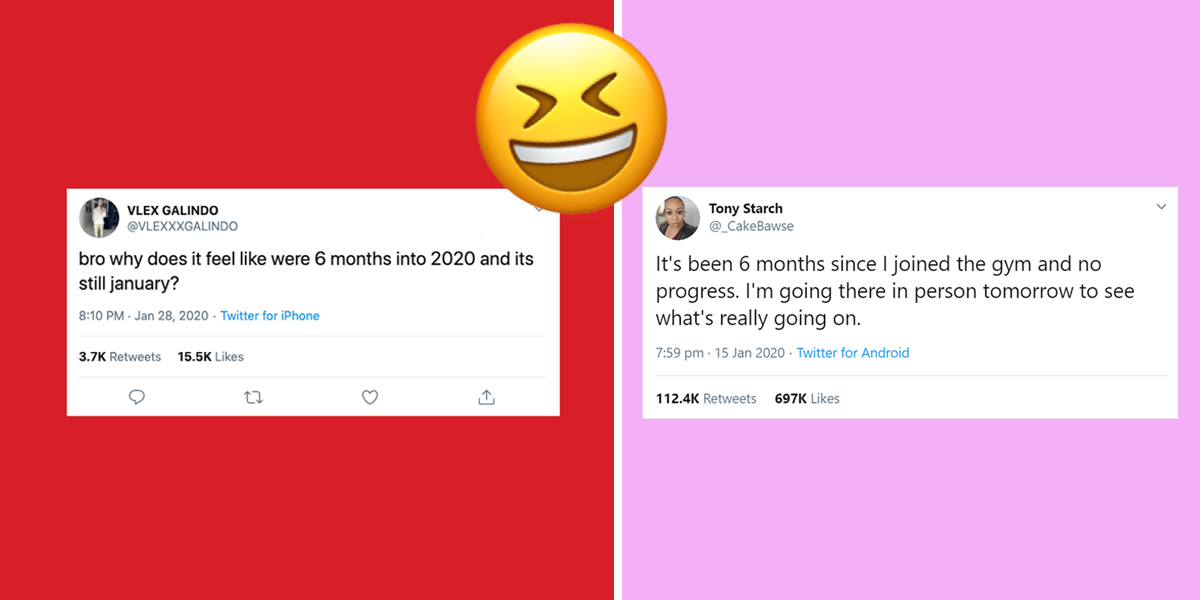 Is it still January?

It’s January 2020 but feels like it’s been 3 months into the year so far and here are some relatable tweets so we don’t feel so alone! It’s OK, we’ll get through this together! 2020 is still our year.

It’s been 6 months since I joined the gym and no progress. I’m going there in person tomorrow to see what’s really going on.

So next week is still January…. pic.twitter.com/7DauoSeEwA

Me after 3 seconds of social interaction pic.twitter.com/4v6DLzVHUw

I’ve decided that my 2020 will start February 1, January was just a free month trial

quick question: does anyone know if 2020 has any other months or is it just january?

bro why does it feel like were 6 months into 2020 and its still january?

so basically to recap 2020 there have been ww3 speculations, Aurstralia fires, a new contagious virus spreading & Kobe passed away. we’re STILL in January people pic.twitter.com/EVjIbhFtCF

I declare January as an extension of 2019. 2020 officially starts this February 😂 #LetsDoThis #NewYear 😂

this has been the longest January ever, and I just realized that February literally has an extra day this year?? nah I’m done with 2020

3 months into 2020 and its still january