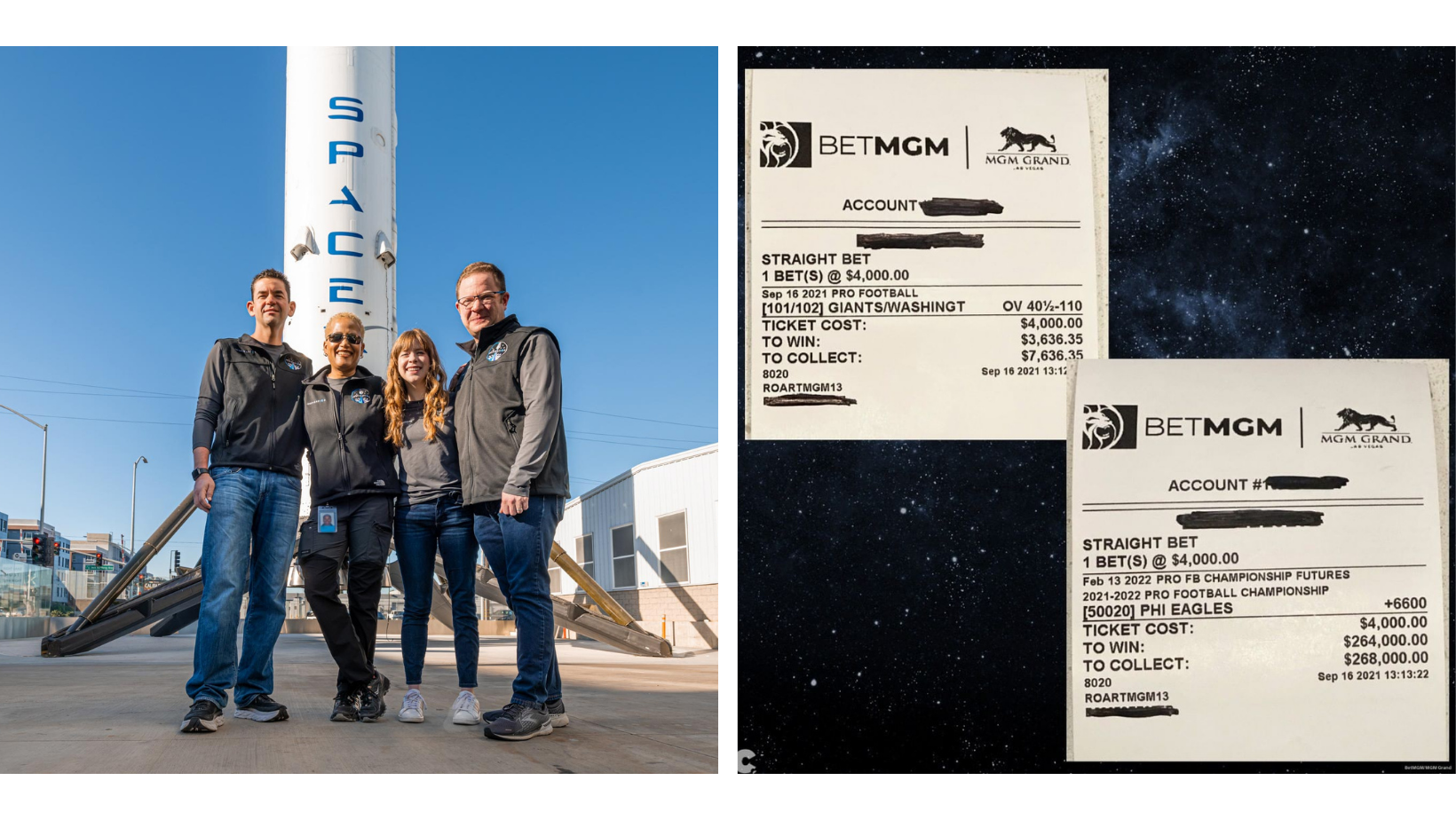 Jared Isaacman is the founder and CEO of Shift4. He is also the Commander for the crew of the Inspiration4, the first all civilian space flight by SpaceX. The Inspiration4 took off from earth on September 16th and has a crew of 4. Among the crew, and leading them is the man behind Shift4 Payments, Jared Isaacman.

And Isaacman has officially become the first astronaut, nay first human to place a sports bet from space. Isaacman placed two NFL bets through the BetMGM Sportsbook, part of the MGM Grand Casino in Las Vegas, USA. And he even won some money back.

The tech billionaire successfully predicted Thursday Night’s game between the New York Giants and Washington Football Team would go over 40.5 total points scored, winning just over $3,600, while also placing a $4,000 futures bet that the Philadelphia Eagles would win the Super Bowl, a payout worth $264,000 if it hits.

But don’t worry, it’s all for a good cause. In fact, the whole space mission is for a good cause, as they are hoping to raise $200 million for the St. Jude Children’s Research Hospital in Memphis, Tennessee. They hope to raise this amount by auctioning off several items that the crew has taken to space with them, including a ukelele and a picture of one of the crew members.

The 4 person crew consists of Jared Isaacman, Hayley Arceneaux, Chris Sembroski, and Dr. Sian Proctor. The crew will spend nearly 3 days in orbit, before making a scheduled landing on the 19th.

READ MORE:
Bahrain Has Been Celebrated for Its Interfaith Unity and We Couldn’t Agree More

READ MORE:
This Spot in Bahrain Has Made Cargo Delivery Smoother Than Ever