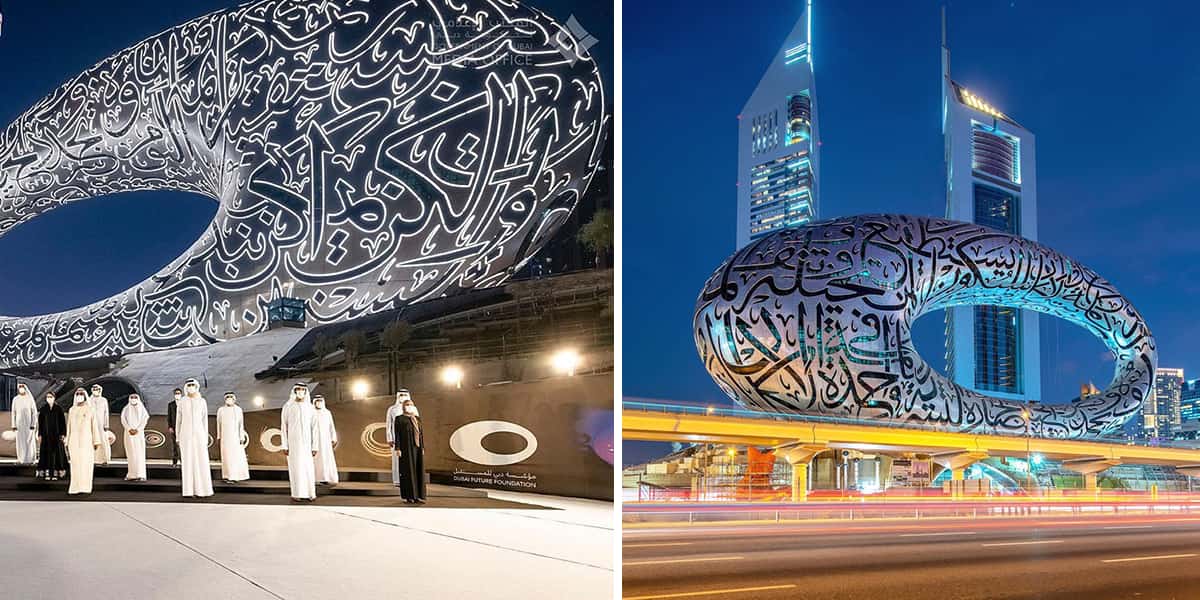 We’re soon to have another reason to go to Dubai

His Highness Sheikh Mohammad bin Rashid Al Maktoum, Vice President and Prime Minister of the UAE and Ruler of Dubai has recently shared news of placing the final installation on the new Museum of the Future.

Sheikh Zayed Road was completely lit up by this monument on Saturday night. Dubai Crown Prince and Chairman of the Board of Trustees of the Dubai Future Foundation, Sheikh Hamdan bin Mohammed bin Rashid Al Maktoum also welcomed the future with celebrating the landmark’s success.

“Today we stand before one of the most innovative buildings in the world. A testament to Dubai and the UAE’s leadership in creative design, engineering, and architectural uniqueness. We are creating the future and developing future strategies that will mark the industry of the future.”

-Sheikh Hamdan Bin Mohammad bin Rashid al Maktoum, Dubai Crown Prince and Chairman of the Board of Trustees of the Dubai Future Foundation

The seven story structure contains 1,024 panels of Arabic Calligraphy manufactured by robots, all carefully placed on the 77m high monument. The Museum of the Future aims to celebrate Dubai’s commitment towards innovation and the future.

Well, we all know where we’re headed as soon as this officially opens

READ MORE
WATCH: A Sweet Video By The Crown Prince Of Dubai Showing A Nesting Bird On His G Wagon