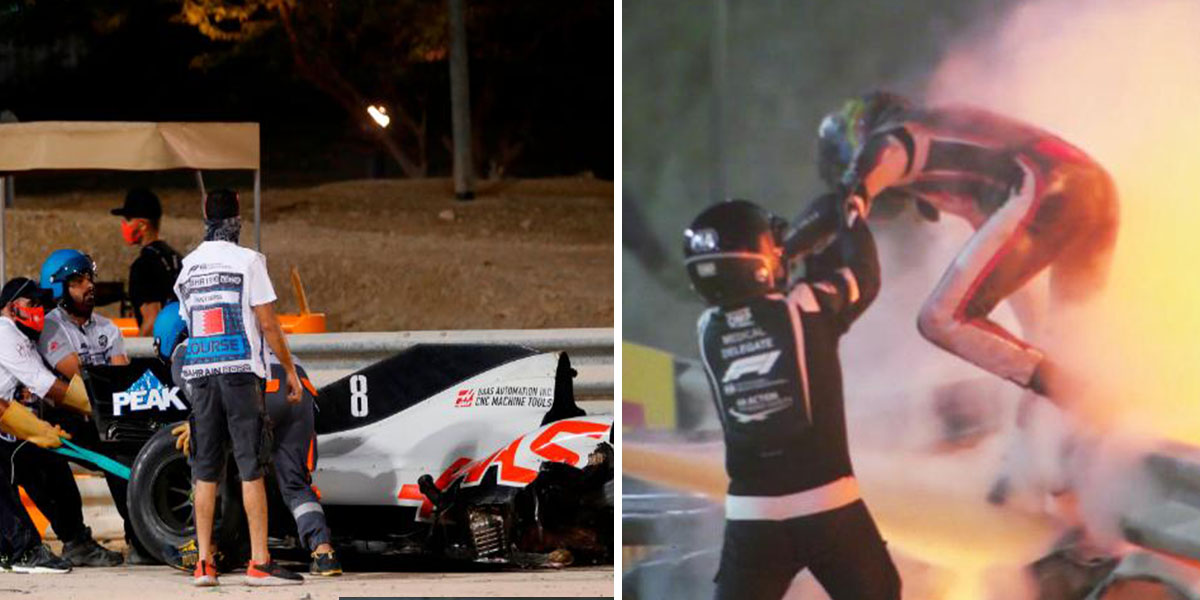 Driver Romain Grosjean was subject to a fiery crash earlier tonight at Bahrain’s Gulf Air Grand Prix. The Haas-Ferrari driver’s car crashed into the barriers after making contact with another car. The car burst into flames on impact.

Grosjean made it out of the flames in only 18 seconds

However, the race was halted due to the crash.

Luckily, Grosjean made it out of the crash ok, and was immediately rushed to a hospital. His injuries consist only of minor burns on his hands and ankles.

READ MORE:
The Cutest Update About The Dog That Ran Across The Bahrain F1 Track

READ MORE:
Egypt Has A COVID-19 Robot & It Feels Like We’re In The Future