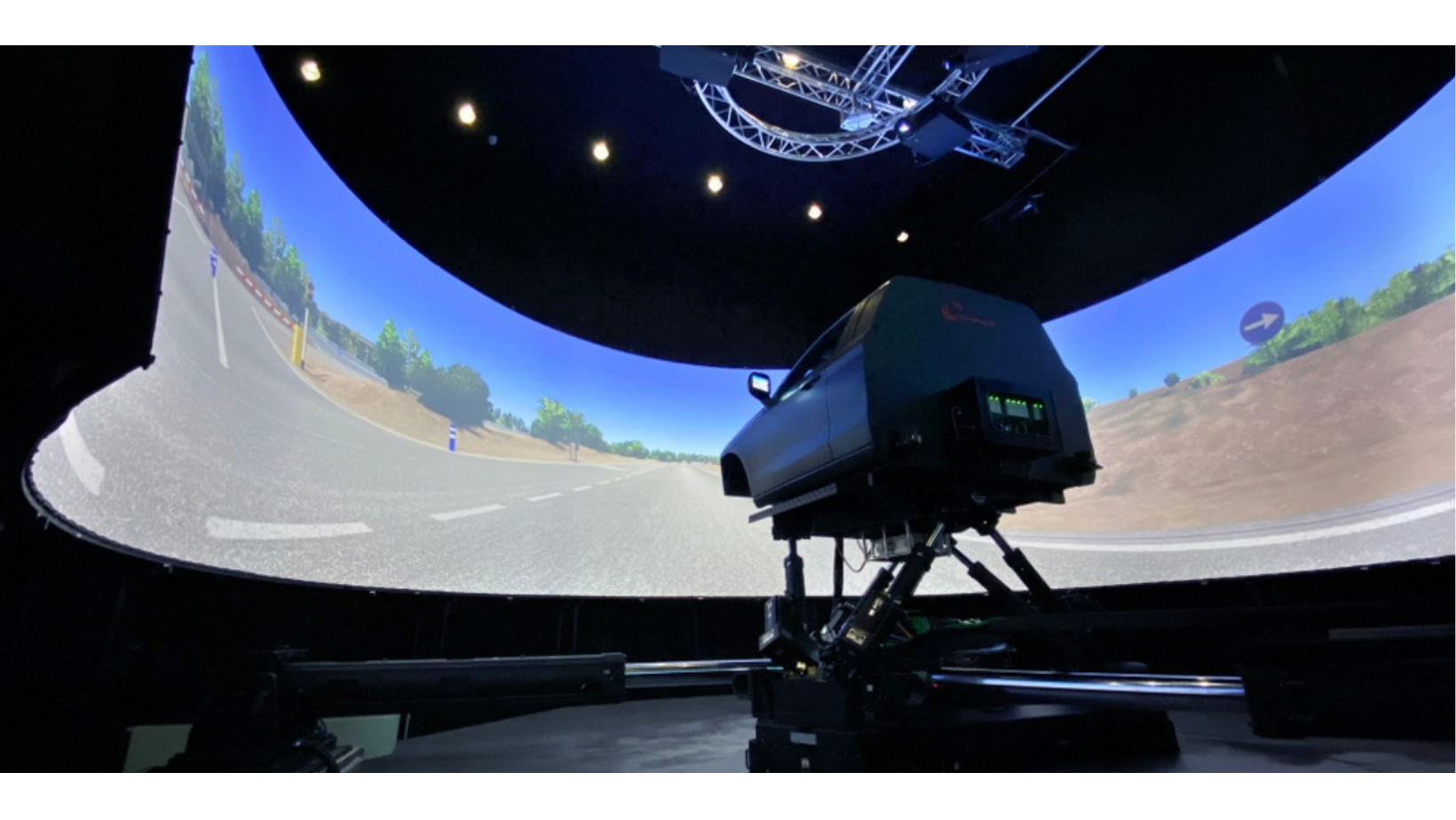 The new VI-grade driving simulator arriving at CEVT next spring allows changes to be made in less time than ever before, improving vehicle safety and driver experience and ensuring the brand’s production of world-class cars.

Imagine you open the door to your vehicle, get in, and begin driving down the road. You turn a few corners and realize that your vehicle doesn’t handle quite the way you want it to. Down the next street, you take your eyes off the road for just a second, and your car automatically hits the brakes, but not quick enough to stop you from rear-ending the vehicle ahead.

Under normal circumstances, that would be a bad day. But what if, with a few clicks of a mouse and some keys punched onto a keyboard, you could change how the car drives and the reaction time of your AEB (automatic emergency braking) on the spot, and then just restart at the beginning of your drive. For the engineers and designers at China Euro Vehicle Technology AB (CEVT), this fantasy will become a reality with the addition of the VI-grade DiM250 driving simulator to their engineering portfolio, to be installed in the middle of next year.

A driving simulator is a piece of machinery designed to replicate the test drive of a vehicle in a virtual and simulated environment. This gives engineers and test drivers the ability to experience a vehicle that hasn’t even been built yet. This particular simulator has a cockpit on top that embodies a real vehicle with all the gadgets and gizmos you would find on the production version: steering wheel, pedals, screens,  buttons, and mirrors. The cockpit can be switched out to represent the driver’s seat of any prototype that Geely may be interested in introducing to the market in the future.

In front of the cockpit is a screen that can simulate a test track developed to test different features of the vehicle or a real-world road environment that can do the same. While there are still limitations to what can be tested in these types of simulated situations, this helps engineers and designers get past the initial hiccups that would previously have been encountered at a later stage. According to Albin Gröndahl, CAE Engineer and Project Manager for the driving simulator at CEVT, “The purpose of the simulator is to present the simulated vehicle motions to the driver in such a way that it can be understood how the real vehicle performs.”

With this simulator, engineers can adjust the prototypes of different components in their machinery, apply them to the computerized version of the vehicle, and give it another go to see how the handling or braking improves. Along with making these adjustments, research on autonomous cars, future transportation, and mobility can be tested. In a time of rapid industry developments, CEVT can be at the forefront of testing, developing, and improving different Advanced Driver-Assistance Systems such as Blind Spot Detection (BSD), Lane Departure Warning (LDW), Lane Keeping Assist (LKA), Automatic Emergency Braking (AEB), Adaptive Cruise Control (ACC), and Auto-Piloting.

In the past, if you had a new idea for a function, you’d have to build a prototype, put it in a test car, test it on a track, and either decide to keep it or modify it. This process would take months and cost a lot of money. Now, with the simulator, you can design an accurate model of a vehicle, input the data and design into the computer and try it directly. You can receive the data immediately and refine, adjust or start over as you see fit. The engineers can control everything in the simulation such as weather and road surface, so tests can be performed in below-zero weather in one moment and scorching heat in the next.

“We can probably test our vehicles half a year before we get the prototypes for them. A design change can take a week instead of until the next prototype series, which can be due in a year,”

Albin Gröndahl, CAE Engineer and Project Manager for the driving simulator at CEVT

With this vastly reduced turnaround time between testing, improvements can be adjusted further to maximize driver safety and experience and to ensure a great final product.

Towards new and innovative solutions

With a sizeable investment in the new tech, this simulator will become a crucial instrument in the toolbox of CEVT and Geely Group as they continue to innovate new solutions for the automotive world. As for the brands to be tested using this new equipment, CEVT stated it will be used for the Lynk & Co. brand, to begin with, but was adamant that the simulator would become available for all brands under the Geely umbrella. They’re also in talks about opening the doors for outside parties to use the lab as well.

Although other car companies have also invested in VI-grade simulators in the past, this once again shows Geely’s desire to become a household name in the automotive world, as well as a top name when referencing electric and autonomous vehicles. This investment demonstrates CEVT’s importance to Geely Holding Group as a “company in the automotive capital of the Nordics” says Mats Fägerhag CEO of CEVT; it also illustrates Geely’s desire to be not just China’s leading automotive brand, “but to become the most competitive and respected Chinese auto brand in the world.” – An Conghui, President and CEO of Geely Auto Group.