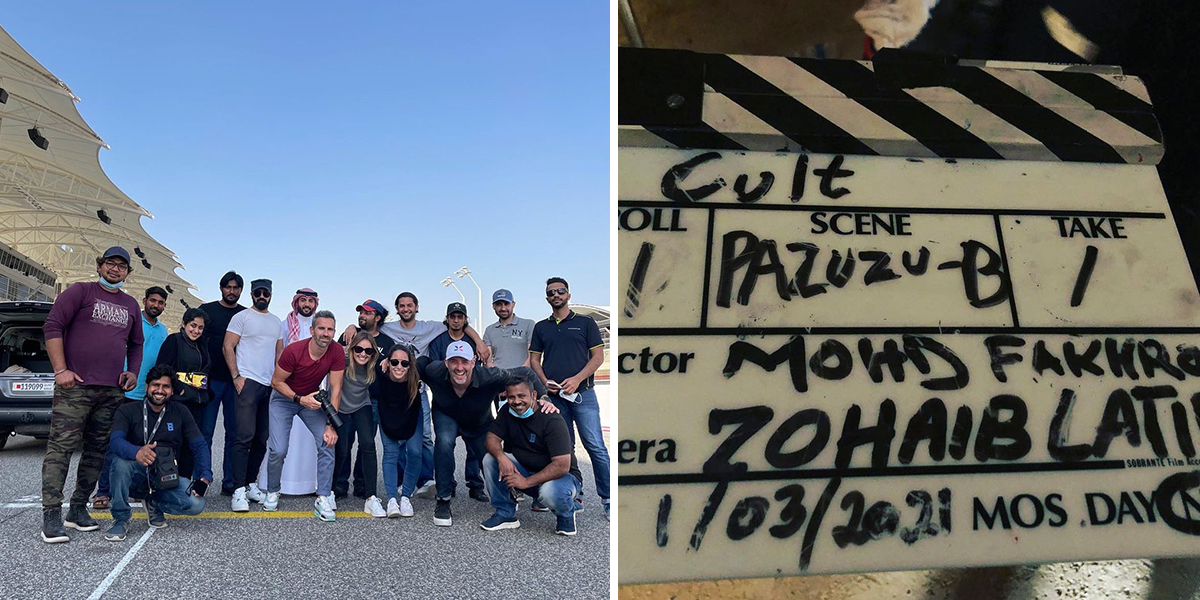 Blu Steel Films is a local production company that’s currently working on something BIG. The company has been operating for a few years now, lead by director Mohammed Fakhro. Just last year they produced a two-minute video promoting social distancing, “no matter what it takes.” You can watch the video below:

Right now? They’re producing a short film called Cult: A Dilmunian Folktale. They’re keeping it on the down-low for now, but we know that it was filmed on the island with local talent and is inspired by folklore, from the Dilmun civilization.

Also, it looks pretty spooky – to say the least

This is not their first go at it – Blu Steel has previously produced several horror, folk – inspired movies including “Rug” and “Cloven.” The latter of which actually won a Bahrain Films “Best Director” award! You can watch the horror short HERE.

We don’t know about you, but we’re waiting for the premier

READ MORE:
Spotlight: This Local Photographer is Capturing the Most Powerful Portraits

READ MORE:
If You Didn’t Already Know: This Egyptian Puppet Now Has a Netflix Series