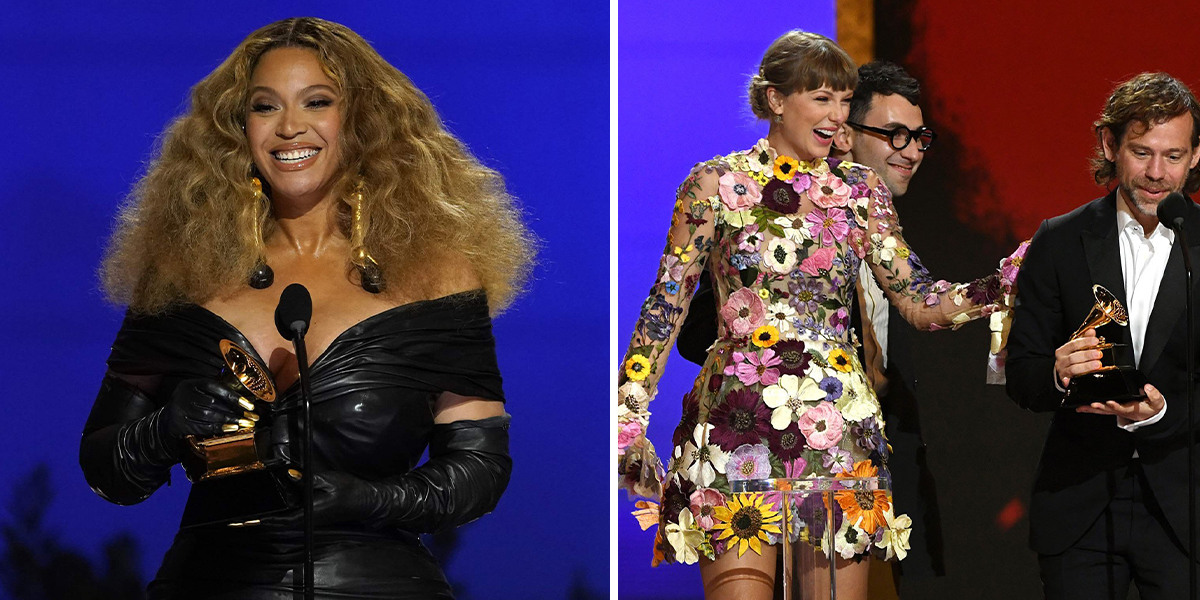 The Grammys held their annual ceremony last night. The event was mostly virtual with the exception of some artists being present and was hosted by Trevor Noah! That didn’t stop twitter from doing what it always does and completely mock the whole event. Scroll through to see the best moments:

I can’t unsee it! pic.twitter.com/SeHlDnwX2o

🚨BREAKING: A tape worm has emerged from the grinch’s body and is now attacking grammy prefomer Harry Styles. pic.twitter.com/oQ955FayDr

Perhaps the most iconic Grammy outfit – this literal BATH ROBE

Twitter was very excited about these two exes interacting

Beyonce & Jay-Z made an unexpected appearance

Beyoncé and Jay-Z consider the Grammys a working lunch. pic.twitter.com/Ci14qiqFMl

Her reaction for breaking Grammy history rang a bell…

Blue Ivy going home with her Grammy and addressing the twins pic.twitter.com/pZkxKGMDqO

We’ll see you again next year!

READ MORE:
Someone Messed Up & Leaked The Unreleased Justice League Movie On HBO Max Instead of Tom & Jerry

READ MORE:
No Free Passes: Netflix Is Cracking Down On Password Sharing