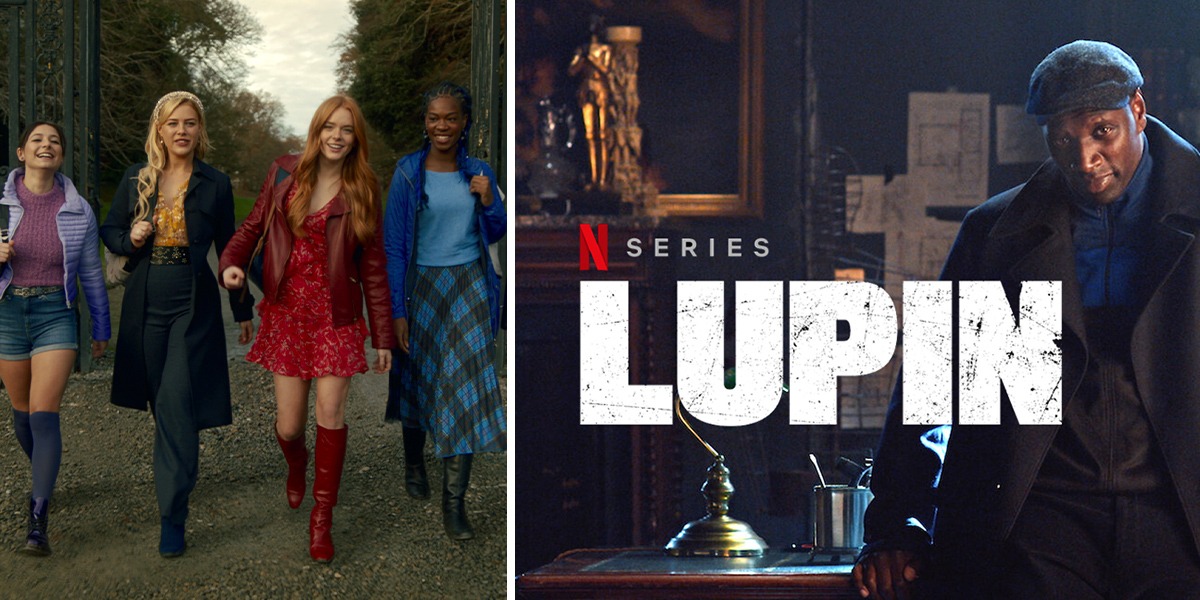 January is here and with it come so many exciting releases for all of us to spend time we don’t have watching them! Here are 8 TV shows and movies coming out this month:

What: If you caught Winx on Nickelodeon as a kid, you’ll probably be psyched for this one – the fairies are coming back in this thrilling darker take by Netflix!
When: January 22

What: A heist thriller set in France, featuring a necklace worn by Marie Antoinette and a lot of mischief.
When: January 8

What: One of THE best teen shows from the 90’s and the early 2000’s and it’s coming to netflix! Binge-able material right here, people!
When: January 15

Night Stalker: The Hunt For a Serial Killer

What: A real-crime documentary, ’cause we know some of ya’ll looove that creepy shit.
When: January 13

What: This movie is based an award winning novel and starring Priyanka Chopra. An Indian driver uses his wit and all he has to climb the social ladder.
When: January 13

Pieces of a Woman

What: This movie is getting all the rave reviews! Starring Vanessa Kirby, it follows a woman as she deals with the loss of her child.
When: January 7

Daughter from Another Mother

What: A telenovela that follows two mother that had their daughters switched at birth in the hospital and decide to form a new blended family upon finding out.
When: January 20

When: A psychological thriller that’ll bend your mind. An attack leaves a woman completely blind and she has to adjust to a world where she doesn’t know what’s true.
When: January 20

Probably gonna spend every free minute we have watching these!

READ MORE:
These Classic Movies Are On Netflix & They’ll Give You Those Grade 5 Feels