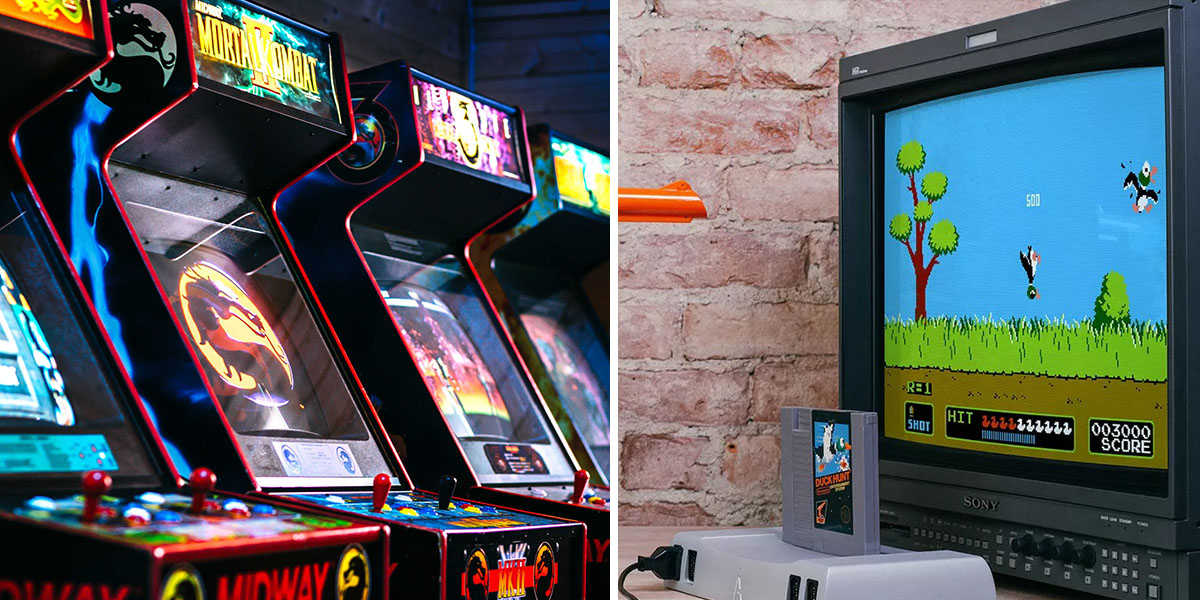 If you need a blast from the past, you’re in luck because we’ve taken some of the best retro games and compiled a list of where you can play them online! Scroll to check them out:

1. Indiana Jones and the Temple of Doom

It was the year 1983 when this gem of a game was introduced to the world and gamers everywhere. It was first introduced in the arcade rooms and later on Nintendo consoles. Shoot some computer generated ducks in this simple yet fun game!

This is a classic 80s adventure game that we are all familiar with! The third instalment of the series’ objective is to get Donkey Kong to the top top the screen to advance to the next level.

This game is based on the popular Popeye character and is super fun to play! Released in 1982 by Nintendo, the objective of the game is to collect a number of items as Popeye and avoiding Brutus and other dangers.

Street Fighter is a popular series of fighting games first released 1987. Fun fact, the game is heavily referenced it in the first episode of the latest Black Mirror series!

The first in the Legend of Zelda series first distributed in 1986 to be played on Nintendo systems. This game continues to be a very popular game and has an almost cult following! Experience the retro play as the character Link out to save Princess Zelda.

If you were an 80s or 90s kid or grew up in the early 2000s, then you’ve most definitely had one of these in your hands and spent days weeks or months trying to solve it! If you’re feeling nostalgic for this tricky cube and want master it, this simulator works just as well.

Guess we know what we’re doing this weekend…

READ MORE:
This Netflix Docuseries Is All About Indian Weddings & It Features Bahrain as an Ultimate Destination

READ MORE:
This Half Bahraini Duo is Releasing a New Track Tomorrow & We Can’t Wait

READ MORE:
If You’re Looking for a Low-Key Hang, Check Out This Game Night With the Misfits