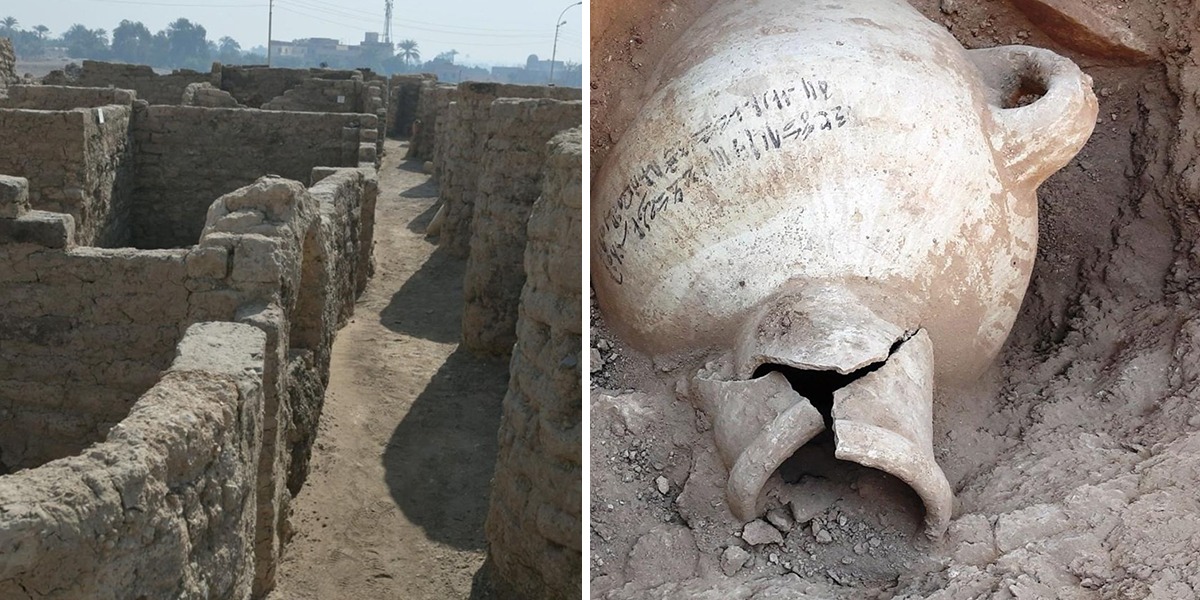 Discovered beneath the sands of Luxor, Egypt and all… The Egyptian Ministry of Tourism and Antiquities announced the unearthing of the city which is said to be the most important discovery since King Tutankhamun’s TOMB, guys – back in 1922. While archaeologists were touring Luxor, they found the city buried beneath the sands, and it has been there for the past 3,000 years.

Zahi Hawass, top Egyptologist who led the excavation, said that the team was there in search of King Tut’s mortuary temple, but instead found a large city left complete with full walls & utensils of daily life in the still-existing rooms, by the ancient civilization that occupied it thousands of years ago. The team that was heading the excavation said that what they saw was a sort of ‘labyrinth’ of a city, revealing an ancient mud brick city structure – found in fairly good condition, experts said. The Lost Golden City – which lies on the West Bank of the Nile River – was actually built for King Tut’s grandfather, Amenhotep III and his successor, King Ay thousands of years ago.

The residents of the town seem to have left it intact enough for the team of archaeologists, who excavated for around 7 months – finding entire neighborhoods of what once was the largest industrial settlement in the city of Luxor. Hawassi said there’s reason to continue exploring, as some historical documents showed that the capital moved to Amarna (a city built by Pharaoh Akhenaten in the 18th Dynasty) at some point, and excavations will continue on to find out what the ancient city was truly all about.

A super blast from the past, and we’re honestly amazed

READ MORE:
Egypt Held a Mummy Parade Last Night & It Was Out of This World

READ MORE:
Are Driverless Taxis About to be a Thing? Abu Dhabi Says So