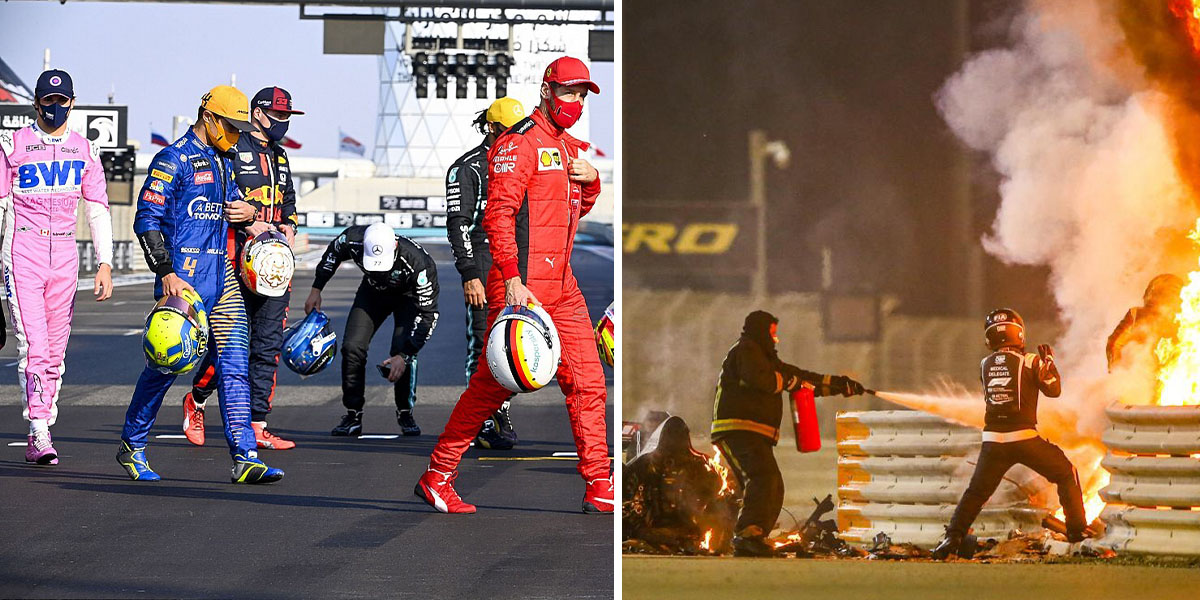 Netflix just released the trailer for the third season of its Drive to Survive docuseries, which features the two races that took place at Bahrain International Circuit last November and December. It’s safe to say the races were pretty… eventful.

Not only was last season the first during the ongoing pandemic, but during one of the races that took place in Bahrain, Romain Grosjean’s got into a fiery crash… Grosjean literally walked out of the flames and  Bahrain F1’s firefighters and marshals quickly got a handle on the situation.

Yeah, a lot went down…

The series is set to premier on Netflix on the 19th of this month – less than two weeks from now. So, all us local F1 fans have a chance to relive the last season right before the 2021 season kicks off, right here on the island!

You can watch the full trailer below:

Bahrain International Circuit just announced that you can now purchase tickets for the 2021 Gulf Air Grand Prix – if you’re COVID-19 recovered or vaccinated! Head over to bahraingp.com or call 17450000 to get your tickets or more information.

Still no news on whether the dog will make a cameo…

If you know, you know.

READ MORE:
Bahrain Could Host 2 Races Instead of One To Kick Off The F1 Season