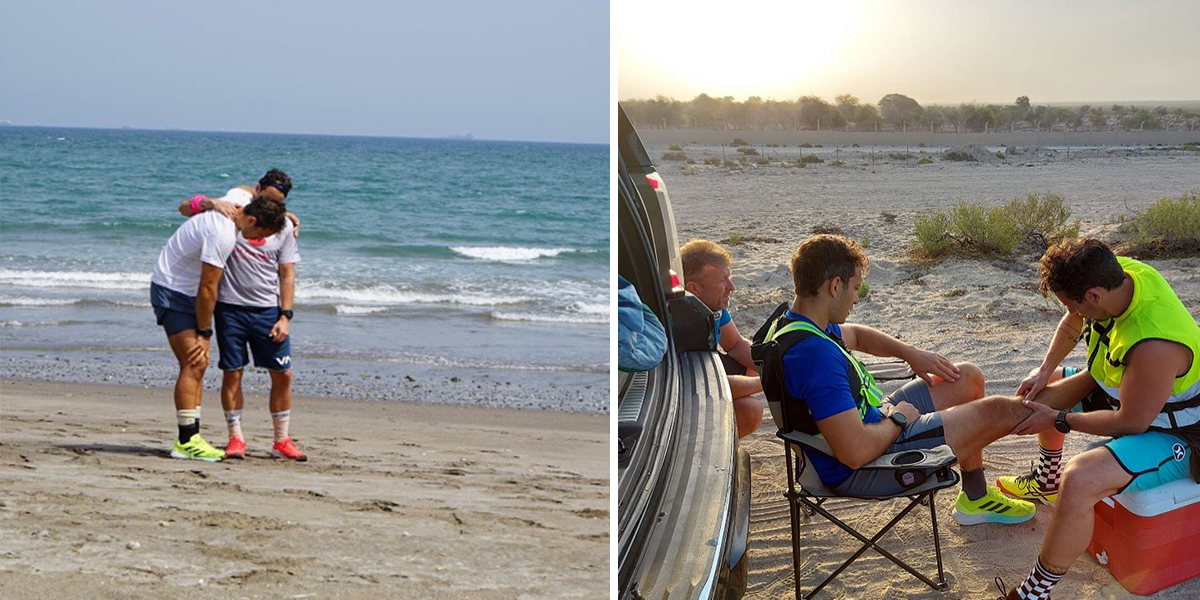 Sean Burgess, a Dubai resident has crossed 7 Emirates in JUST 7 days. Burgess did so not only in hopes to break the Guinness World Record but also in order to support disadvantaged children in Uganda! He collaborated with Adidas and Gulf for Good to do just that.

His Journey started on the 2nd of March Near the UAE-KSA border, and ended 6 days and 21 hours later in Abu Dhabi. Sean walked an average of around 100KM in 16 hours each day before needing to rest.

But he didn’t do it all alone…

A crew of around 20 people followed him throughout the entire journey!! The team included photographers and videographers, as well as fitness instructors to make sure he was safe and fully equipped! Burgess wrote in an Instagram post,

There are so many people that supported me throughout the challenge, whether keeping me safe on the roads, keeping me fed & watered or patching up my body to get me across the finish line.

Congrats on the accomplishment, Sean!

We look forward to seeing what crazy journey you go on next.

READ MORE:
This 5-Year-Old Local Dreams of Becoming An Astronaut & We’re On Board

READ MORE:
Open Call: Local Kids Have The Chance To Talk To Their Fave F1 Drivers On Global TV