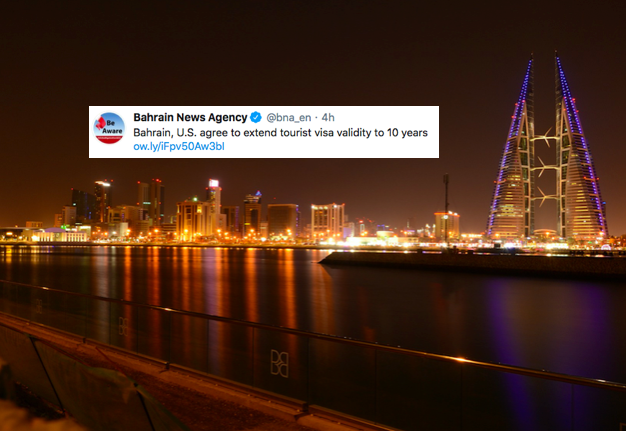 Yep, you heard it right.

If you previously planned on traveling to the US (obviously, post-COVID19), you need not worry about the validity of tourist visas since they’ll be granted to citizens of Bahrain and the USA from five to TEN years. That’s huge news!

The Ministry of Foreign Affairs issued this announcement on Sunday; adding that both countries reached the agreement on this extension and that it would be implemented at a future dare.

The visa validity is now for 10 years

Quoting the Bahrain News Agency, the statement further read, “This agreement is a reflection of the long and rich history of mutual cooperation, partnership, and friendship between the Kingdom of Bahrain and the United States of America.”

The statement reiterated the benefits of the agreement, listing the several successful sectors that both governments and residents of each country have journeyed through together, such as the academic, healthcare, industrial and business sectors in the last century.