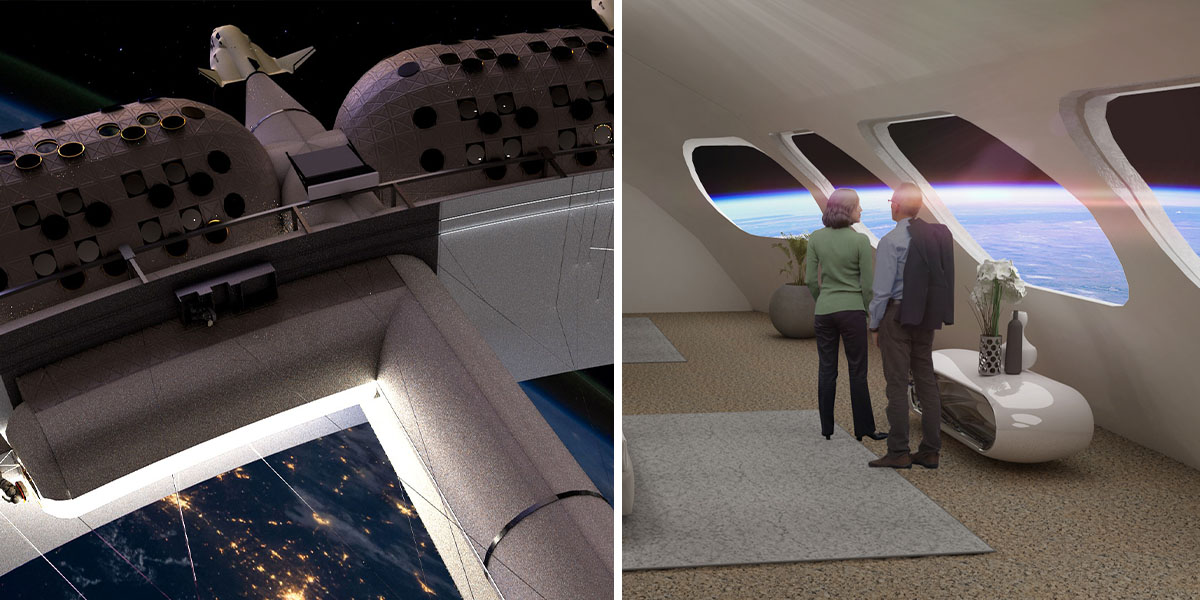 The Orbital Assembly Corporation (OAC) announced their plans for a 500km, solar-powered hotel in space! The hotel will basically be a giant wheel that will generate gravity by accelerating and deaccelerating its rotation.

OAC plans to have this fully-functional resort by 2027 – to accommodate national space agencies conducting low gravity research and space tourists. A trip to space is going to cost you quite a bit, though, USD 25 million!

Just imagine the views though…

Our planned orbit and elevation for Voyager Station is 97 deg and 500-550 km. This is a sun-synchronous polar orbit that will reduce thermal stress and allow for almost continuous solar power generation. There, orbit degradation and space debris risk will be nominal. pic.twitter.com/DAIpr6Zp94

If you’re interested – you can book your trip right now! OAC is currently taking investors and reservations. Check out the company’s site HERE.

Anyone planning on going? can we tag along?

READ MORE:
329 People Are Nominated For The Nobel Peace Prize And Donald Trump Is One Of Them

READ MORE:
This Vincent Van Gogh Painting Is Going On Display For The First Time Ever