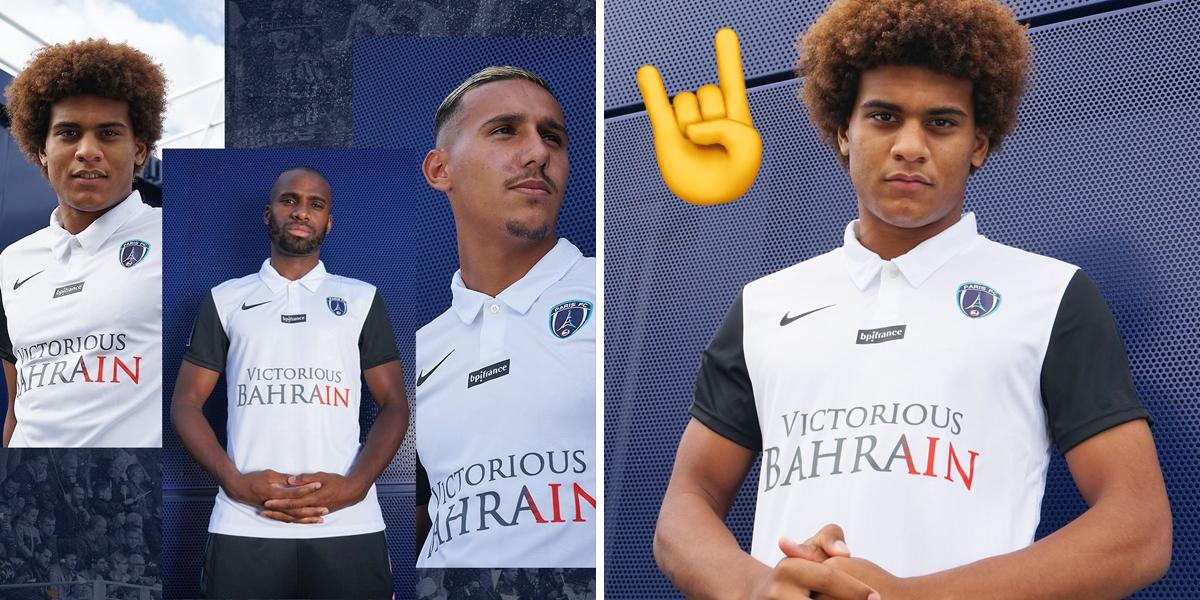 Just a couple weeks ago it was announced that Bahrain had acquired 20% shares of the French championship league Paris FC and today photos emerged on the team’s social media of the team wearing their official league shirts that boldy state “Victorious Bahrain”!

This is the first time a European Championship league has repped Bahrain on an official sportswear and its a very prideful moment for the island to be represented on a global scale.

Paris FC fund from Bahrain makes them the main sponsor of the league and will aim to increase Bahrain’s image and reputation.

The partnership also brings in the team’s support to Bahrain in terms of the development of training couches and young players in Bahrain.