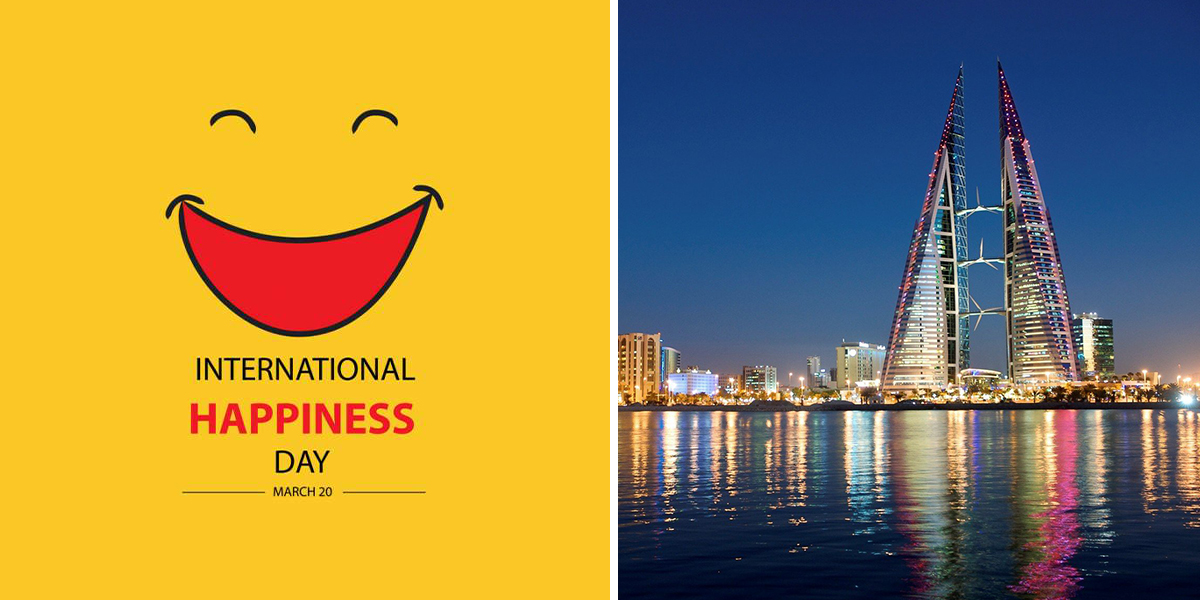 International Day of Happiness is marked on the 20th of March every year by the UN. The holiday was created to recognize the importance of happiness in the lives of all the citizens around the world.

The General Assembly of the United Nations in its resolution 66/281 of 12 July 2012 proclaimed 20 March the International Day of Happiness, recognizing the relevance of happiness and well-being as universal goals and aspirations in the lives of human beings around the world and the importance of their recognition in public policy objectives.

To mark the occasion, a world happiness report is published!

The reports ranks the quality of life in each and every country according to many factors. They include: GDP, life expectancy, freedom of choice, social support and generosity!

Bahrain, ranked 35th worldwide this year, and 3rd happiest amongst of Arab countries. The KSA was deemed the happiest Arab country (21st worldwide) followed by the UAE (ranked 27th worldwide).

Finland came out on top, keeping it’s 1st place ranking that it’s held since 2017! You can check out the full report by clicking HERE.

Go on, treat yourself to mark the day!

READ MORE:
Riyadh Is All Lit Up ‘Under One Sky’ At The City’s Annual Festival

READ MORE:
7 Emirates In 7 Days: This Man Walked All The Way Across The UAE