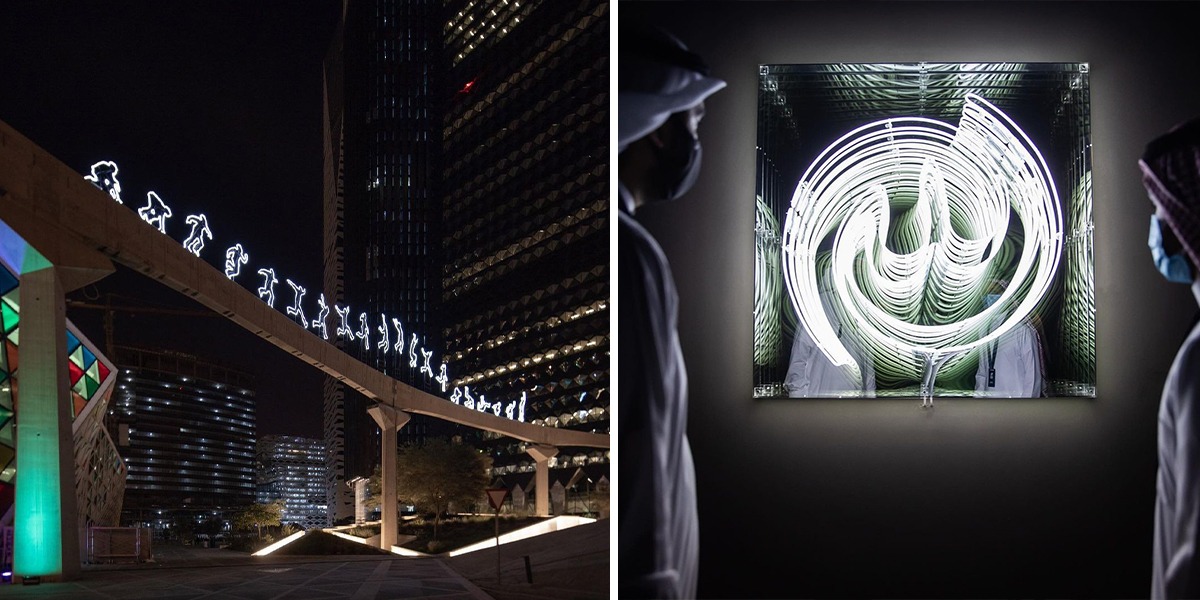 This has got to be one of the most magical festivals we’ve heard of. Noor Riyadh, a new annual festival in Saudi Arabia, is a festival of art & light across the entire city, featuring the works of about 60 artists from 20 different countries, including many Saudi-based artists. This year’s theme is ‘Under One Sky,’ and it basically alludes to the behavior and pull we have to gather under or around light – be it outside under the sky or around a campfire.

Part of the festival is the ‘Light Upon Light: Light Art since the 1960s’ program, which is a landmark exhibition showing light art through the ages – it’s interactive, too, with many events scheduled around it for the duration of the festival!

Saudi Arabia is always coming up with new ways to mesmerize us, with Al Ula and the development of the city of Neom, and Noor Riyadh is coming back with yet another immersive light & art experience. Well, several experiences – the whole city of Riyadh will be completely lit up and loaded with art. This goes beyond just observation, as there are different talks, workshops and family activities planned throughout! The festival itself seems to speak to both the modern and traditional sides of the city, highlighting both its past and its future. Not only that, but it sheds light on the city’s multicultural presence, hence the showcasing of both Saudi Arabian and international artist during the festival.

The festival began a couple days ago on March 18th and will be running until April 3rd, 2021! We’re already thinking of planning a weekend trip to check it out… Either way, you can follow along Noor Riyadh’s Instagram page (HERE) to tune in to the live coverage!

READ MORE:
This City Being Developed In Saudi Is Super Futuristic & We’re Stunned

2
Bahrain Throwback: Check Out This National Geographic Article About Bahrain from 1946
10 April 2021