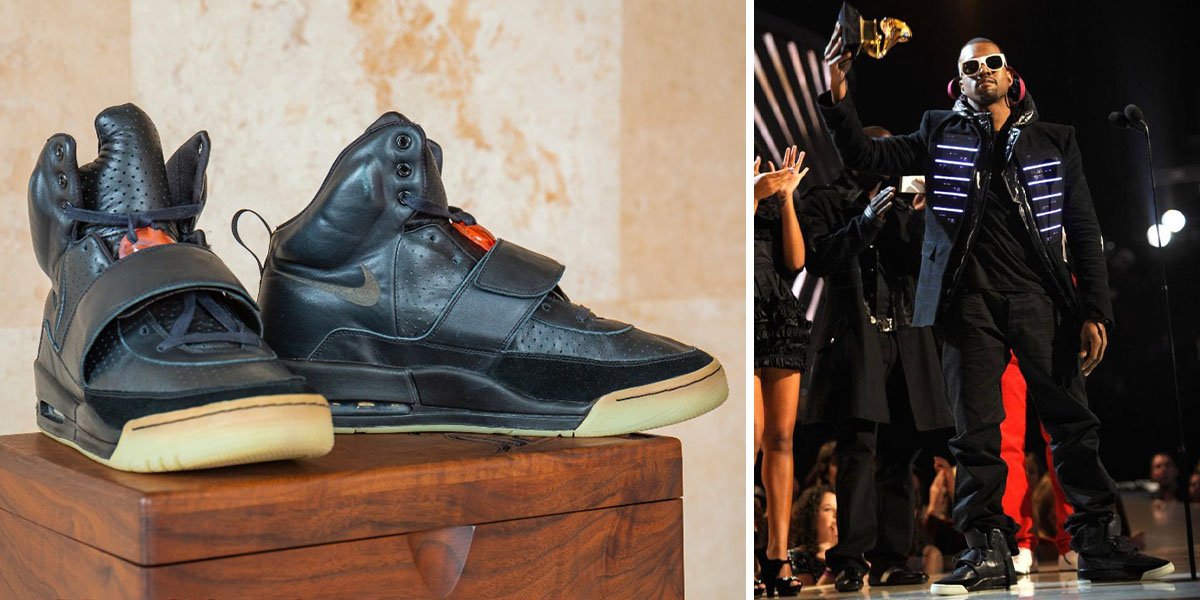 Talk about resale value… Sotheby’s just announced that “one of the most prized and sought-after sneakers in existence,” will go up in a private sale later this month. Although the exact price was not stated explicitly – they’re expected to sell for more than $1 million. This would make them the most expensive sneakers ever sold.

They’ve got a rich history

The prototypes were worn by Kanye himself on a pretty notable night – the 2008 Grammys where he received 4 awards and preformed his hit “Hey Mama.” This exact style was never released on the market but different versions of Nike Air Yeezy can actually reach $8,000 on the resale market.

The pair is currently owned by Ryan Chang – an avid sneaker collector – so Kanye himself won’t be directly profiting from the sale.

READ MORE:
Local Spotlight: This Fashion Brand Is Making a Name for Its Streetwear Aesthetic in Bahrain

READ MORE:
Try Not To Cringe At These Early 2000s Fashion Trends