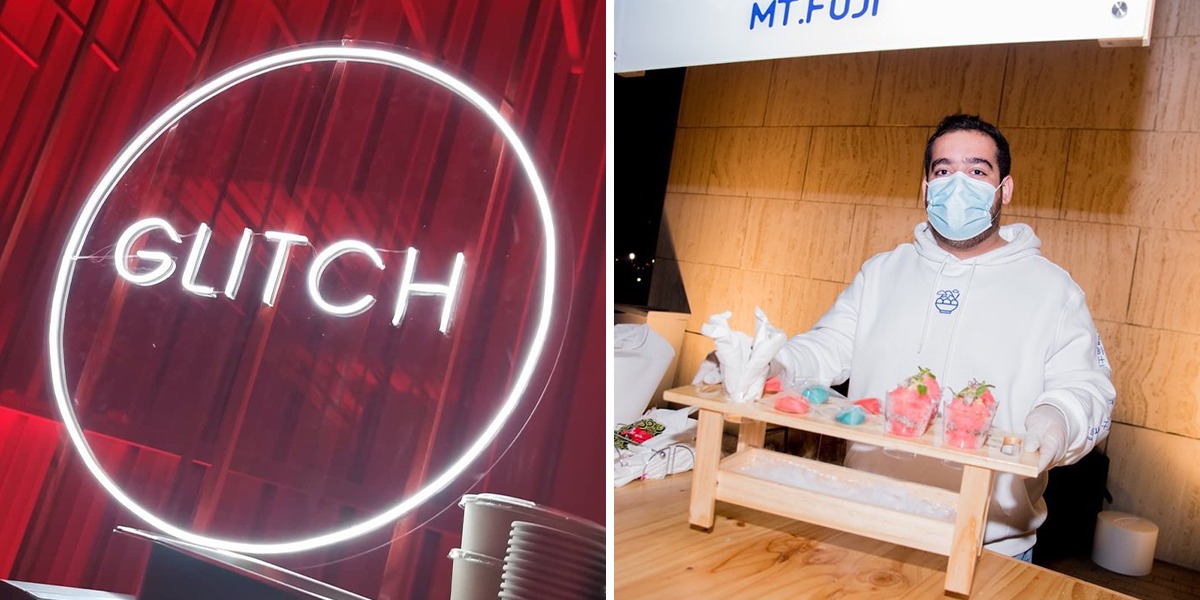 The food scene in Bahrain is one not to be taken lightly, ’cause people around here always find a way to bring in the most intriguing concepts to the table. One thing we can always count on are the abundance of food trucks on the island – which keep increasing by the days – as well as new pop-ups that are constantly turning heads!!

Sadly, because they’re ‘pop-ups’ at the end of the day, they’re only around for a limited period of time. We’ve put together a list of pop-ups that are currently going on in Bahrain. Scroll to check these out:

The newest pop-up in town, with an entire experiential walk-through. Glitch is a pop-up restaurant in Adliya that launched yesterday, and will be up & running on different weekends – with its fully red aesthetic and all. It’s following a very artistic ‘glitch’ theme, so we’re getting a lot more than a nice menu of food here – make sure you’ve got your phones for some pics!!

The annual event, organized by Bahrain Authority of Culture and Antiquities, that we’ve been waiting for!! Food is culture is on for 3 more weeks, and it’ll be set in different locations every weekend! Over the past two weeks, the event has taken place at the Bahrain National Museum and then at Al Jasra Handicrafts Centre – with a few interesting one-off events like last week’s Muharraq food walk. Make sure you follow along on the Authority’s page to stay updated with the event announcements!

Acqua by Masso is still hosting weekend BBQ brunches, and there’d definitely a vibe. The pop-up is set up by the pool at the Palace Boutique Hotel, honestly giving you the most picturesque views. Not to mention, the menu is curated by chef Steven Gilles, the Executive Chef at Masso, The Orangrey and Sasso – basically, your stomach will be satisfied to the fullest.

The Food Promenade at Mall of Dilmunia

The Mall of Dilmunia announced a whole setup with fountain light shows and an entire food promenade set up over there! There’s a whole line-up of vendors bringing in a whole lot of deliciousness, and it’ll be going on until April 10 – you’ve still got about another month to check it out.

The Orangery has BEEN one of the classic spots in Bahrain since forever and they now have something special planned every Tuesday! Their Tuesday dinners are a total vibe – what with the live music scene, mocktails and a full fusion-based menu!! Basically, hyping up our Tuesdays, exclusively at The Orangery’s Adliya branch.

Okay, not technically a pop-up, but still counts since the food scene here is ALWAYS popping. You’ll find a fusion of all types of cuisines out there, what with the nearby restaurants in Villagio Mall and Mercado! A bunch of dessert options too, for all you sweet-tooth crazies (like us).

READ MORE:
7 Socially Distanced Things To Do This Weekend: March 11-13

READ MORE:
There’s A New Pop-Up Restaurant In Adliya & There Seems To Be A Glitch Somewhere

READ MORE:
We Asked You What Your Fave Local Brunch Spot Was & Here Are The Top 10