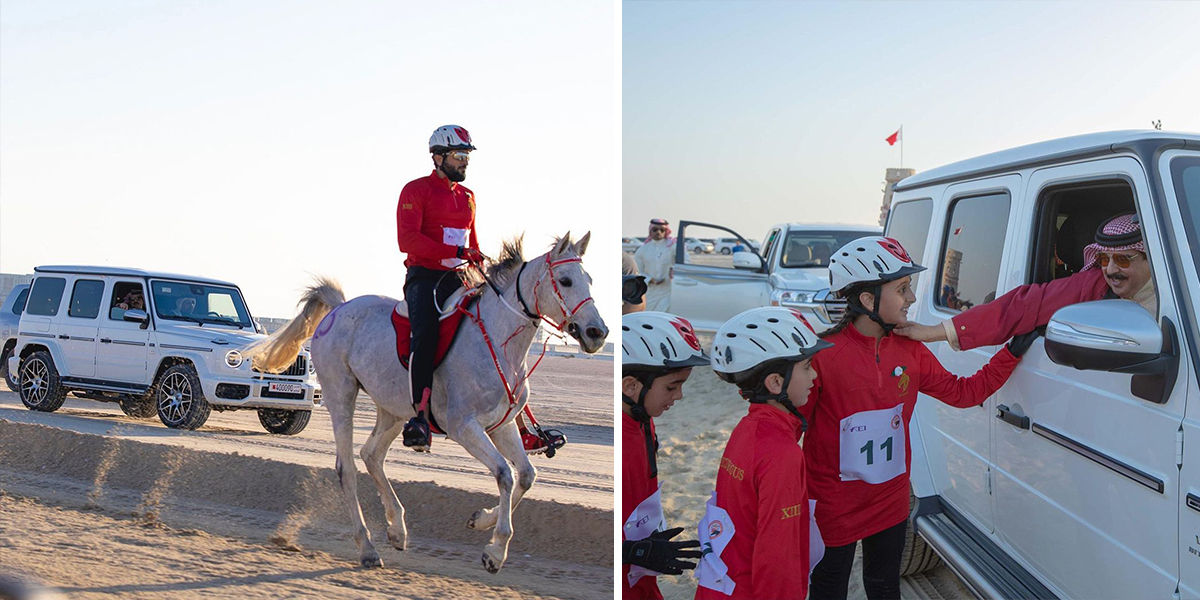 It’s all on today!

Preparations were underway in the past month for His Majesty The King’s Endurance Festival Cup. The Cup is open to Seniors, Juniors and private stables in the GCC. The race will include many foreign jockeys from all over the world!! It will be held at Bahrain Endurance Village starting today until Saturday the 20th of February.

HH Sheikh Nasser also welcomed all the participants, wishing them success before the race starts!!

Good luck to all the Jockeys!