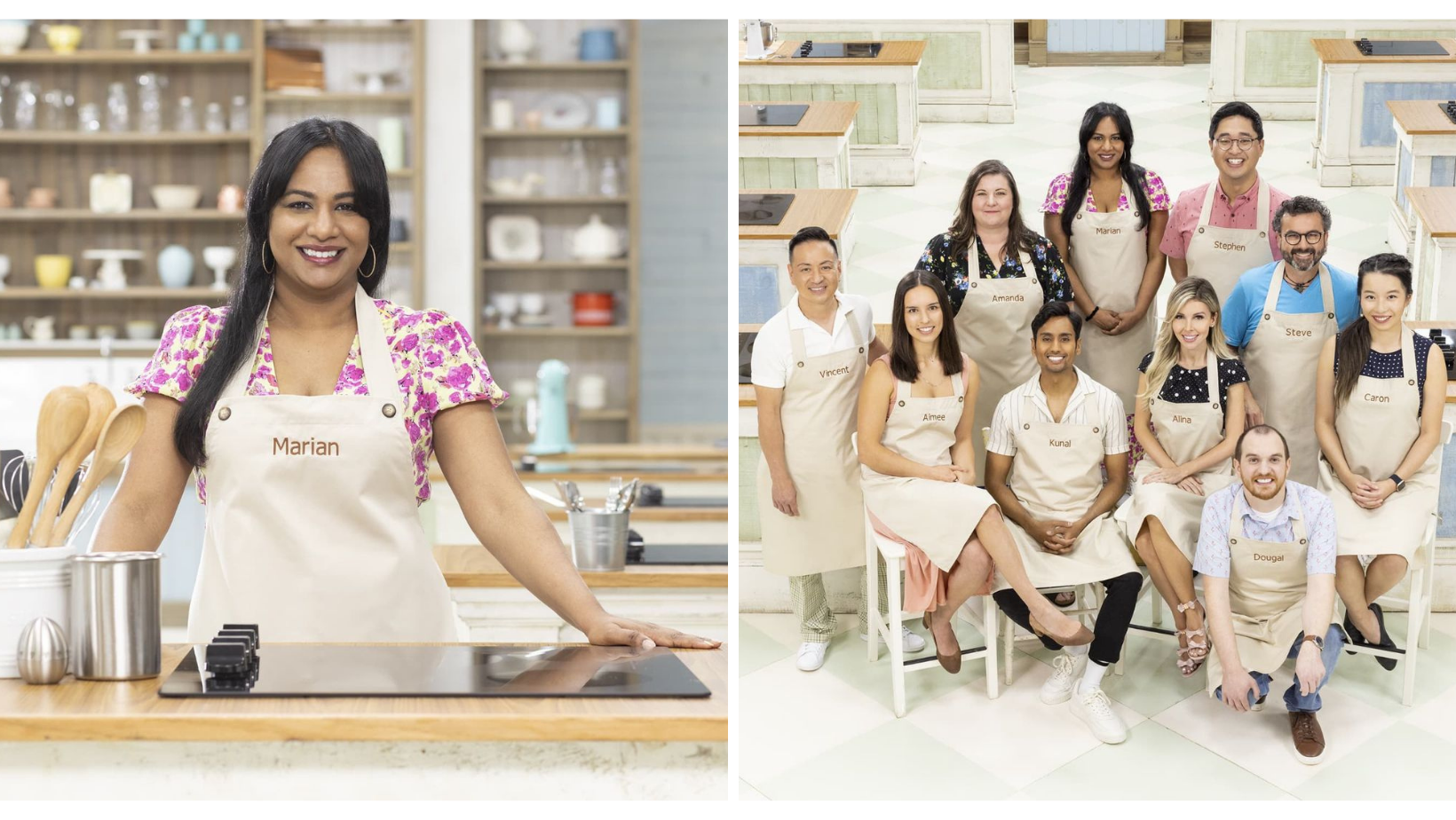 Marian Castelino, a Bahrain-born baker is preparing to take part in the final episode of one of Canada’s most popular shows, hoping to impress millions of viewers with her creativity.

A former resident of the kingdom for over 20 years, Castelino was selected as one of the top ten finalists. She credits the kingdom and her daughter with greatly influencing her baking interest. A delighted Ms. Castelino expressed her pleasure at joining this year’s cast. On Sunday, she will take part in the fifth season of the Great Canadian Baking Show (Bahrain time 3:00 a.m., Monday) as one of 10 home bakers battling it out.

It was her eagerness to bake something new for her daughter Sophia, who has an allergy to nuts, along with the country’s diverse culinary offerings, that spurred her on to sharpen her baking skills.

After settling in Toronto, she and her family relocated to Ottawa, Ont, with their daughter, aged seven. Marian is bursting with the creative talents she honed as a clothing and product designer. Having stepped back from full-time work to be a stay-at-home mom, Marian now uses baking as a creative outlet. Using it to express her extraordinary artistic talent through playful and colorful bakes.

READ MORE:
These Bahraini Chefs Are Competing in MBC’s Top Chef and We’re So Proud!

READ MORE:
Squid Game Is Here in Bahrain, Sans the Death and Gore