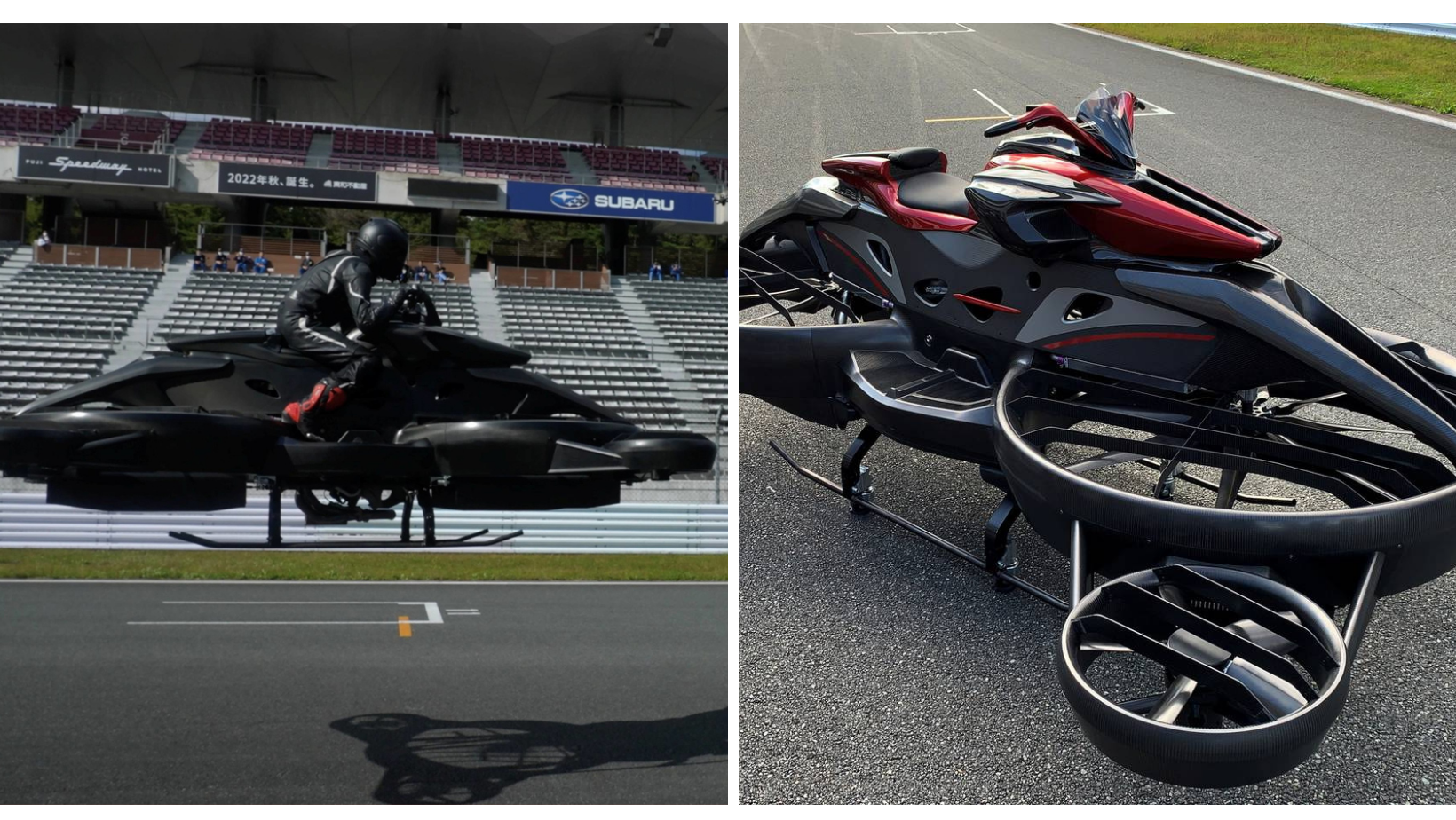 A Japanese soccer player wants you to buy his hoverbike

The Tokyo-based drone start-up A.L.I. Technologies, and their backer Keisuke Honda, a professional Japanese soccer star playing in Europe right now, wants you to replace your supercar with a BD260K hoverbike that went on sale on Tuesday.

The “XTurismo Limited Edition,” tough name right! Well, this thing will be able to fly up to speeds of 100 Kilometers an hour for about 40 minutes.

“Until now, the choice has been to move on the ground or at scale in the sky. We hope to offer a new method of movement,” chief executive Daisuke Katano told Reuters.

The start-up whos backed by motor industry heavyweights like Mitsubishi demonstrated the bike with a short flight of the ground on a race track near Mount Fuji, the red and black hoverbike has a motorcycle-like body on top of propellers, and the machine rests on landing skids when stationary.

Could we see one in our neighborhood soon

It still seems far fetched to see one of these beauties flying over the skies of Manama or Dubai any time soon, as even in Japan the new hoverbike is only allowed to operate at race tracks such as the one they conducted the test on. However there could be a chance that the bike can be used by rescue teams to access hard to reach areas.

Let us know if you cant wait to get your hands on it!

READ MORE:
Check Out This Spot in Riffa for the Bookworm and Coffeeholic in You